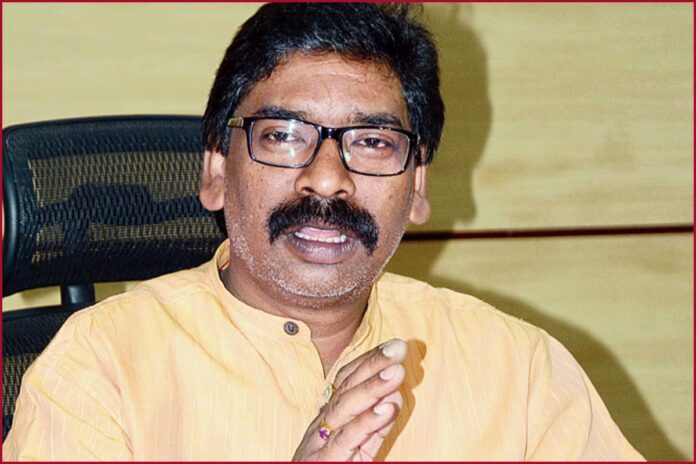 A bench headed by Chief Justice of India N V Ramana stated that it will list the plea for hearing tomorrow (July 28). The petition was mentioned by Senior Advocate Kapil Sibal seeking an urgent hearing.

Jharkhand government and state CM Hemant Soren has moved SC against an order of the state High Court which had accepted maintainability of the PIL in connection with shell companies allegedly related to CM Soren and his associates.

The Jharkhand government has filed a Special Leave Petition (SLP) in the apex court challenging the Jharkhand High Court’s order on the maintainability of PIL in connection with shell companies allegedly related to state Chief Minister Hemant Soren and his associates.

On June 3, Jharkhand High Court held two PILs against the Chief Minister and rejected the arguments made by senior advocates Kapil Sibal and Mukul Rohatgi (questioning the maintainability of the two PILs filed against CM and his associates) in its 79-page judgement.

Rejecting the objections point-by-point, the High Court had said that because some of the requirements as per the rules 4, 4-B and 5 of the Jharkhand High Court (Public Interest Litigation) Rules, 2010 have not been followed and the instant writ petitions cannot be held to be not maintainable.

“This Court, after considering the aforesaid aspect of the matter and taking into consideration the fact that the issue which is the subject matter of writ petition– since it involves the issue of siphoning off huge public money, having the public interest at large, therefore, this Court deems it fit and proper not to throw the writ petition on that ground,” the Jharkhand’s HC order copy stated.

In its conclusion, the Division Bench of Chief Justice Dr Ravi Ranjan and Justice Sujit Narayan Prasad said, “This Court, after having answered the issue, as framed by this Court, and on the basis of discussions made here in above, is summing up its view and is of the considered opinion that the writ petitions cannot be thrown away on the ground of maintainability.”

The Jharkhand High Court had been hearing various petitions pertaining to shell companies, the mining lease of Chief Minister Soren and the MGNREGA scam.