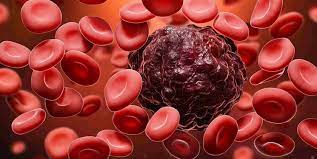 Florida [US]: In the future, patients may have more treatment options thanks to the new method of tracking metastatic cancer cells that have been developed by researchers at the University of Central Florida.

Dr Annette Khaled’s research lab reported in the most recent issue of PLOS ONE that they used a protein complex called chaperonin as a new marker for cancer cells in the blood, which provides a clearer indication of cancer spread.

UCF scientists were able to detect more cancer cells in the blood using the new marker, a procedure known as liquid biopsy, which could help patients with breast and lung cancer better monitor their disease.

Cancer cells require a large number of proteins to survive and spread throughout the body.

Proteins can fold into functional, three-dimensional shapes thanks to the chaperonin complex.

The chaperonin complex is found in all cells. Cancer cells, on the other hand, have much higher levels because, as Dr Khaled explains, “cancer cells are hungry for protein.”

Cancer markers in the blood are commonly based on epithelial features in cells that line the surfaces of the body where cancers arise.

However, such markers for detecting cancer cells in the blood are scarce “Dr Khaled elaborated, “and provide little information about cancer itself.”

“Cancer cells shed into the blood can come from any part of the tumour and only live for a few hours. Using a marker that identifies dangerous cancer cells circulating in the blood, such as the chaperonin complex, could alert doctors if a patient is relapsing or not responding to treatments.”

Dr Khaled is the Division of Cancer Research Director at the College of Medicine.

Her research began with the use of blood and tissues from patients with metastatic breast cancer being treated at Orlando Health’s UF Cancer Center to see if the chaperonin complex was better than traditional markers for identifying cancer cells in the blood.