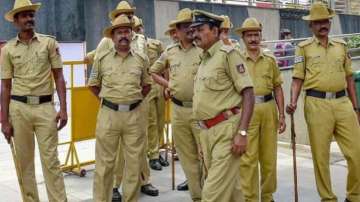 Mangaluru (Karnataka): The Karnataka government on Sunday extended Section 144 and other restrictions for two more days in Mangaluru.

“Section 144 has already been extended till August 6 in Dakshina Kannada police jurisdiction. Additional restrictions i.e. early closure of shops at 6 pm is also imposed in the entire district for next two days,” said Dr Rajendra KV, Deputy Commissioner of Dakshina Kannada. He also said that the liquor ban will also continue throughout the district for next two days.

Earlier the restrictions were to remain in force till August 1.

The order came amid the prevailing tensions in the district, which erupted after three brutal murders here in the last 10 days.

The police said on Thursday that 23-year-old Fazil was hacked to death by an unidentified group on the outskirts of Mangaluru.

Following the incident, Section 144 was imposed at Surathkal, Mulki, Bajpe and Panambur.
“At around 8 pm (on July 28), there was an incident where a 23-year-old boy was brutally attacked by 4-5 people near Krishnapura Katipalla road, Surathkal. The boy was immediately shifted to a hospital and was declared dead,” said Mangaluru Police Commissioner, N Shashi Kumar.

The officials had also directed all wine shops under the commissionerate’s limits to be closed on July 29.

On the night of July 26, a young BJP worker Praveen Nettaru was attacked with lethal weapons by unidentified people on a bike in Bellare in Dakshina Kannada.

Following the killing, the Karnataka Police on Thursday said that they have arrested two people who will be produced in court.

Superintendent of Police (SP) of Dakhshin Kannada while speaking to ANI had said that so far a total of 15 people were questioned, of whom two were arrested.

Earlier on July 21, a 19-year-old youth, Mohammad Masood, died in a hospital after he was assaulted by eight men in Sullia of Dakshina Kannada.