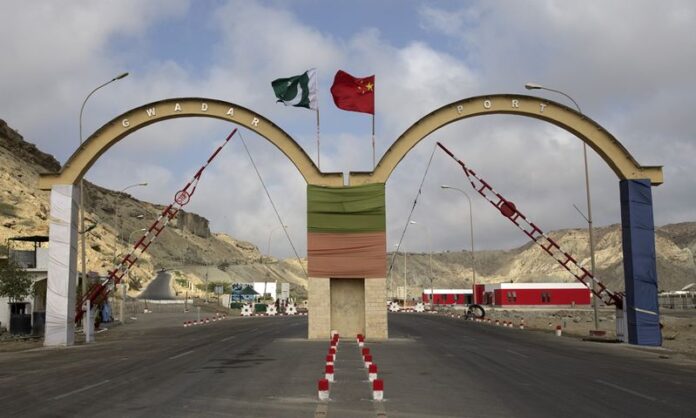 Beijing [China]: Almost a decade after Beijing initiated China-Pakistan Economic Corridor (CPEC), as the flagship of the Belt and Road Initiative, the issue of security has been plaguing the project since its inception in 2015, and it persists even today.

Over the years, China has been putting pressure on Islamabad in various ways, to ensure the safety and security of its citizens living and working in Pakistan on CPEC-related projects. Recently, many Chinese nationals in Pakistan have been killed in a number of incidents in the country.

Following this, in early June, China’s Ministry of State Security reportedly asked the Pakistani government to allow a Private Security Company (PSC) to operate inside the country to protect its citizens and assets.

Last month, Nikkei Asia reported that the Shahbaz Sharif government had turned down a Chinese request for its PSCs to operate on Pakistani soil, but it is likely that China will continue pushing for such an arrangement.

The media reports further stated that a private security consulting firm official in Pakistan working with the Chinese said that the killing of ten Chinese nationals last year in an attack on a bus in Dasu and this year’s attack on Chinese instructors at the Confucius Institute in Karachi led to China asking Pakistan to allow operations of Chinese PSCs.

Notably, China has more than 6,000 private security companies, 20 of which operate internationally, according to the report prepared by a German think tank, Mercator Institute for China Studies.

There is no doubt that resentment against China will increase if Chinese security companies are allowed to guard Chinese interests in Pakistan, reported The HK Post.

This is especially true in Balochistan, where anti-Chinese sentiment is already very high. Baloch insurgents see China as agents of colonization of Balochistan and primary exploiters of the province’s natural resources in the name of the CPEC.

The basic Chinese idea is to replicate the model of using private security agencies, already active in Africa and Central Asia, in Pakistan.

Moreover, the very notion that China wants to bring in its own security to protect CPEC leads to the conclusion that it has completely lost trust in Pakistan’s capacity to protect its interests.

Also, the anti-China sentiment in Pakistan is quite high. The Chinese strategy of land grab and providing employment to its own people at the cost of the local population has created a new set of challenges.

This anti-China sentiment was visible when Gwadar fishermen protested the presence of Chinese trawlers towards the end of last year.

Pakistan may well manage to avoid, at least for now, an invitation to Chinese PSCs to operate on their soil. In the long run, however, circumstances may well force Islamabad to change its stance, reported The HK Post.