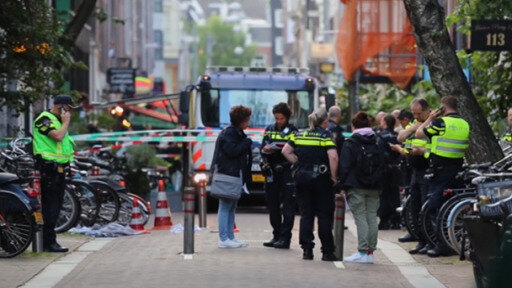 Copenhagen [Denmark]: Several people were shot dead at a mall in Denmark’s capital Copenhagen and one person was arrested in connection with the shooting.

Danish police did not give any information about the victims or the arrested person but emphasised that they were “massively” present at the Field’s mall. “One person has been arrested in connection with the shooting in Fields. We currently do not have the opportunity to tell more about the person’s identity. We are massively present in Fields and are working to form an overview. We will update here as soon as we can,” Copenhagen police said on Twitter.

In a series of tweets, Copenhagen police informed that they are going to hold a press briefing at their headquarters in Otto Monsteds Gade.

“On the basis of the incident in Fields, the Copenhagen Police convenes a press briefing at 20.45 at Politigarden, Otto Monsteds Gade. Chief Police Inspector Soren Thomassen #politdk will be present,” police tweeted.

Danish police also said that they were present in large numbers at Fields and will update about the incident on their official Twitter account.

“We’re on the scene, shots were fired and several people have been hit,” Police said.
Social media footage showed people running through the mall and heavily armed law enforcement officers on the scene, according to CNN.

Copenhagen Mayor Sophie H. Andersen called the incident a “terrible report” and said that she doesn’t know how many people are injured or dead.

“Terrible reports of shooting in Fields. We do not yet know for sure how many were injured or dead, but it is very serious,” Andersen said in a tweet.

“The emergency preparedness in @Koebenhavner has been called. We are ready to help if @KobenhavnPoliti demands it. We are in close contact,” she added.

Another Danish politician, lars Gaardhoj informed that the hospitals in the capital region Hovedstaden are on standby in connection with the serious situation in Fields.

“The hospitals in @RegionH are on standby in connection with the serious situation in Fields. Help us by contacting only @akutberedskabet if you think it can not wait,” he tweeted.

The Field’s shopping centre opened in 2004 and is the second-largest shopping mall in Denmark, according to Xinhua.