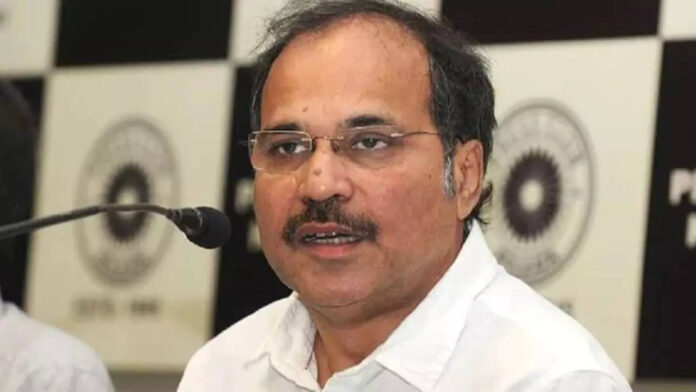 Sharma said that the Congress leader “must apologise in writing” and asked the party’s interim president Sonia Gandhi to take action against him. Chowdhury on Thursday called President Murmu ‘rashtrapatni’, a remark for which he said he would apologise to the President personally. The remark sparked a row as the BJP demanded an apology from Sonia Gandhi.

NCW chief said, “The remark of Parliamentarian Adhir Ranjan Chowdhury towards the President of India is very derogatory. This sexist remark shows his mindset towards women. When he can speak like this towards the highest authority of India, how must he be behaving with others?”

Earlier on Thursday, the National Commission for Women (NCW) along with Chairpersons and other senior officials of different State Commissions for Women has jointly condemned the objectionable remarks made by MP Adhir Ranjan Chowdhury against the President of India Droupadi Murmu, an official statement said.

In a joint statement, Chairperson Rekha Sharma and Chairpersons and representatives of State Commissions of Andhra Pradesh, Tamil Nadu, West Bengal, Assam, Uttar Pradesh, Sikkim, Nagaland, Telangana, Tripura, Odisha, Maharashtra, Manipur and Rajasthan, who were present at the quarterly meeting in Visakhapatnam, Andhra Pradesh have condemned the words used by Chowdhury as an attempt to humiliate the President.

Observing that the remarks made are extremely derogatory, sexist and condemnable, the Commission has taken cognizance of the matter, the press note from NCW stated.
NCW has sent a notice to Chowdhury to appear before the Commission in person and to tender a written explanation for his remarks.

Earlier in the day, amid backlash over the “rashtrapatni” remark, Chowdhury said that he can’t even think of insulting President Droupadi Murmu and he will personally meet her and apologise.