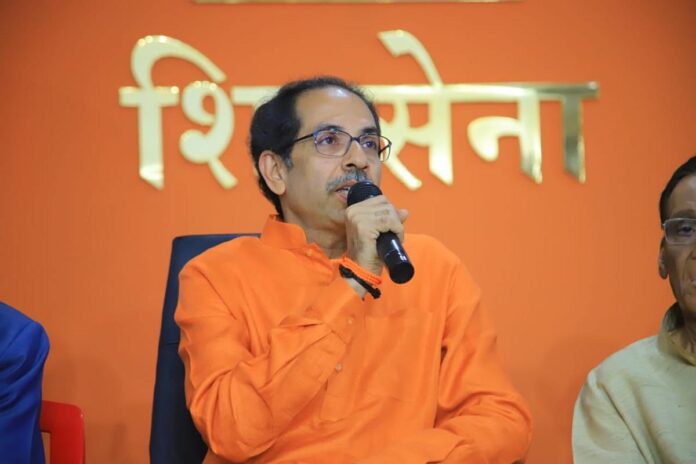 Mumbai (Maharashtra) [India]: Shiv Sena on Monday asked the Centre to address issues of unemployment and inflation in the country, saying that India should learn from Japan and Sri Lanka.

In Japan, former Prime Minister Shinzo Abe was assassinated recently and Sri Lankan Prime Minister and President announced to resignation amid massive protests over the economic crisis. Shiv Sena mouthpiece Saamana in its editorial said, “India needs to look at the incident in Sri Lanka and Japan seriously. It is wrong to compare the condition of Sri Lanka with our country but the LPG cylinder has become Rs 1,052. Ujjwala beneficiaries also have to give Rs 853 per cylinder and this amount is not affordable for the poor. The rupee has fallen to Rs 80 against the dollar.”

“BJP came to power in the country by showing people the dream of cheap and good days. LPG prices have gone up eight times in the last one year. Inflation has broken the back of the general public… People’s jobs are being snatched away,” it added.

The editorial also highlighted that numerous national issues remain unaddressed but crores of rupees are allegedly being spent to topple the opposition governments.

“There does not seem to be a way out of the economic slowdown, but at the same time, two thousand crore rupees are being easily spent to collapse the opposition,” it said.

Cautioning the Centre of the consequences, it said, “There is a tide in the sea, ships collide with rocks, our country has survived in such storms, the credit has to be given to the harmony and restraint of the people, but if the people are hungry then they will claim power. This is what history says. The people of Sri Lanka did the same. The mentality of the people of the world is no different. The throne is not immortal.”