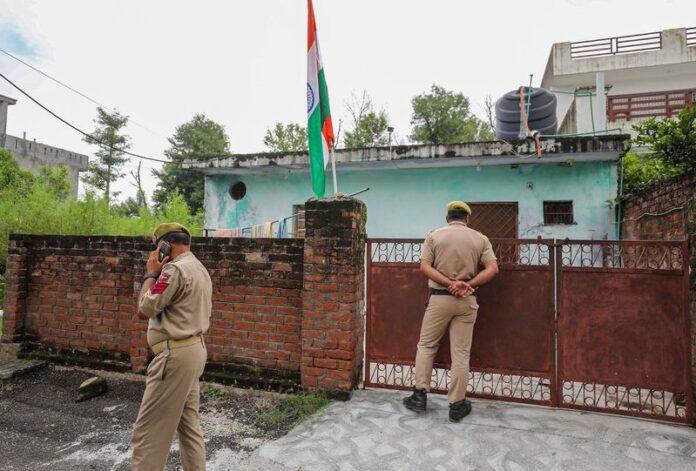 Jammu (Jammu and Kashmir): A special investigation team (SIT) of Jammu and Kashmir Police has been constituted on Wednesday to investigate the death of six people whose semi-decomposed bodies were found in the Sidhra residential area of Jammu city.

“The post-mortem is being done. We’ve formed an SIT in this case, which will be headed by SP Rural, Jammu. So far, we believe it’s an alleged case of poisoning,” Chandan Kohli, SSP Jammu said. “It appears to be a case of poisoning. Now we’ve to see whether the poison was given forcefully or otherwise,” he added.

“Six members of a family were found dead at their residence in Sidhra area of Jammu. Details awaited,” the Jammu and Kashmir police said.

The bodies have been shifted to Government Medical College and Hospital in Jammu.
Earlier on Tuesday, one Kashmiri Pandit was shot dead and his brother was injured after terrorists shot at them at an apple orchard in Chotipora area in Jammu and Kashmir’s Shopian district.

The deceased has been identified as Sunil Kumar Bhat. His brother Pintu has sustained injuries. Security force personnel have been deployed in the area after the incident.