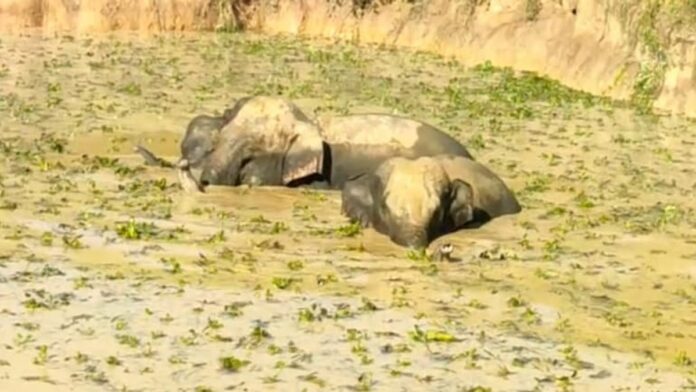 The incident occurred at Chaibari, Lakhipur in Goalpara district on Saturday. After receiving the information, the Goalpara Forest Division staff reached the spot and successfully pulled out all six elephants.

“Six elephants were stranded in a man-made pond at Chaibari, Lakhipur in Goalpara district. The elephants were later successfully rescued by the staff of Goalpara Forest Division by creating an escape way using an excavator,” Forest Department said.