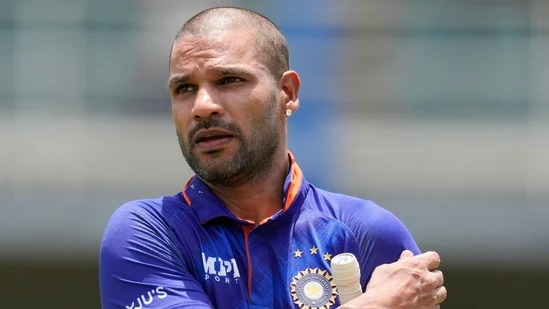 Half-centuries from Shreyas Iyer, Sanju Samson and Axar Patel helped Team India win the second ODI of the three-match series against West Indies by two wickets here at Queens Park Oval stadium in Port of Spain on Sunday. “It was a great team performance. Boys didn’t lose the self-belief, that is amazing. Iyer, Sanju, Axar everyone was amazing, Even Avesh came out in his debut game and scored those 11 important runs. Thanks to IPL, they perform on a huge stage. I felt that we bowled nicely,” said Dhawan in a post-match presentation.

“They got off to a good start. Hope and Pooran batted well. We thought if they could do it, we knew that we could do it. We started a little slow. Shubman batted well. The Iyer-Samson partnership made a huge difference. There was a run-out. But these things happen. Boys are learning,” he added.

The skipper further congratulated his rival batter Shai Hope for scoring a ton in his 100th ODI game.

“It was a great feeling when I scored a 100 in my 100th ODI game. I would want to congratulate Hope for doing the same,” said Dhawan.

Hope became the tenth batter in the world and the fourth West Indies batter to score a century in the 100th ODI match.

Coming to the match, struggling at 79/3, a 99-run stand between Shreyas Iyer (63) and Samson (54) provided stability to their innings.

In the end contributions from Deepak Hooda (33) and Axar Patel (64*) proved to be extremely vital in taking the visitors to a win. West Indies lost control of the match despite sending back the top order in the early stages of the match and despite posting a huge total on the board themselves.

India has now taken a winning 2-0 lead in the series. Both the teams will now square off for the third ODI on Wednesday.