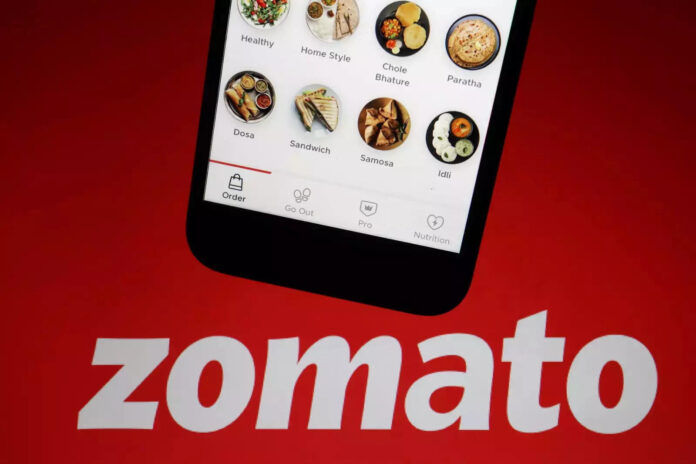 New Delhi [India]: Shares of new-age food aggregator and delivery company Zomato extended their slump for the second day after the one-year mandatory lock-in period for promoters, shareholders, and others ended.

The lock-in period refers to that period for which investments cannot be sold or redeemed. At 11.48 a.m., shares of the food delivery firm traded at Rs 44.20, down 7.14 per cent. On Monday, it fell over 10 per cent.

Listed on July 23, 2021, the food aggregator’s initial public offering was a success as it was subscribed 38.25 times.

It made a stellar debut at a premium of 53 per cent. At present, the share price of Zomato is, however, around 70 per cent from its peak of Rs 169.

Even though the company reported healthy gains on its listings on the stock exchanges in July last year, it could not capitalize on it further.

“Recently Zomato also acquired Blinkit (formerly known as Grofers) for INR 4,447 crore which acted as a catalyst in Zomato’s downward movement as Blinkit is a loss-making start-up. Blinkit losses around INR 84 per order and their annual cash burn is around $165 million,” said Mohit Nigam, Head – PMS, Hem Securities.

“Given the choice, all big investors, FIIs and DIIs would prefer to invest in leading tech stocks of the world rather than making a risky bet in new age startups. Another reason for investors to be cautious is that the recent ongoing events globally has changed investors’ mindset to invest in new age growth stocks to traditional defensive stock,” Nigam added.

Zomato’s Board of Directors recently approved a proposal to acquire the cash-strapped quick commerce company Blinkit for Rs 4,447 crore. Blinkit was earlier known as Grofers.

It believes the acquisition will help increase Zomato’s hyperlocal delivery fleet utilisation and reduce the cost of delivery.

Similar to Zomato, several others too have witnessed sizeable gains on their exchange debut in the past one-year period, but later underperform and fall sharply from their all-time highs.

Analysts believe that these companies lacked systematic direction and well-planned focus, while others attributed the slump to an extremely high valuation.