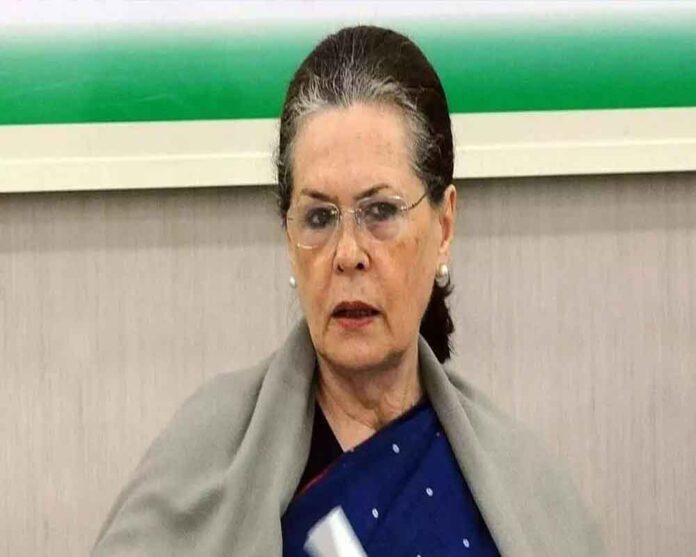 New Delhi [India]: Congress interim president Sonia Gandhi on Wednesday sought postponement “by a few weeks” for appearing before the Enforcement Directorate till complete recovery from Covid-19 and a lung infection.

Sonia Gandhi had been undergoing treatment at Delhi’s Sir Ganga Ram Hospital from June 12 was discharged on June 20. She had developed profuse bleeding from the nose following the COVID infection and had also underwent a follow-up surgery.

“Since she has been strictly advised rest at home following her hospitalisation on account of Covid and lung infection, Congress President Smt. Sonia Gandhi has written to ED today seeking the postponement of her appearance there by a few weeks till she has recovered completely,” Congress’ communications-in-charge Ramesh said in a tweet.

As per the party statement, Sonia Gandhi was undergoing treatment for a fungal infection in her lower respiratory tract along with post-COVID symptoms.

Sonia Gandhi has been summoned by the Enforcement Directorate on June 23 in the National Herald money laundering case in which her son and Congress MP Rahul Gandhi was questioned for 5 days.

Earlier, Rahul Gandhi left the Enforcement Directorate (ED) office in the national capital post-midnight after around 12 hours of questioning in connection with the money laundering case involving the National Herald newspaper.

The Lok Sabha member from Wayanad in Kerala arrived at ED headquarters at around 11.15 am on Tuesday accompanied by his sister Priyanka Gandhi.

Rahul Gandhi was questioned by the ED for over 27 hours for three straight days from June 13 to June 15 and was again summoned on June 20. On Monday he was questioned for around 14 hours.

He first sought exemption from appearance on June 16, following which he was called on June 17.

But the senior Congress leader wrote to the ED to postpone his questioning citing the illness of his mother Sonia Gandhi. The ED then allowed him to join the probe on June 20 at his request

IMD Predicts Heavy Rainfall For Odisha For Next Five Days