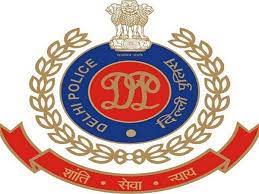 On the directions of Deputy Commissioner of Police Outer District Sameer Sharma regarding action against public drinking, the staff of Outer District of Delhi Police have conducted a special drive against drunkards at public places on weekend days i.e July 22 (evening), July 23 and July 24 (Friday, Saturday and Sunday) to restrain the consumption of alcohol at public places and to curb crime/offences due to consumption of alcohol.

During this drive, action has been taken against 619 persons who were found consuming alcohol in public places, the police informed. “Drinking in public often creates a nuisance and disturbs the peace and tranquility of the area and hence, it is punishable by law. Therefore, in order to control the crime rates and for the health of the people, as per the directions of Sameer Sharma, during the weekend days special drives are being conducted in the jurisdiction area of all 10 Police Stations of Outer District,” the police said.

“It has been observed that these offenders often after consuming alcohol, quarrel with their wife, family members and neighbours. More often they have been observed committing crimes under the influence of alcohol,” the police said.

As a result of the drive, it has been noticed that the number of PCR calls received in the District in connection of domestic violence and quarrels during weekend days had reduced in comparison to other days.

Strict directions have been passed by Sameer Sharma, DCP Outer District to curb the selling of illegal liquor and consumption of liquor at public places in the Outer District and further SHOs of all the 10 police stations have been directed to be more vigilant and to increase beat staff patrolling and to take strict action against sellers and drunkards at public places. Such practice is being adopted to create a sense of safety and security for general public, especially for women.

Notably, Delhi’s new liquor policy has been at the Centre of controversies ever since it came into effect, with the Opposition — the Bharatiya Janata Party (BJP) and the Congress — holding regular protests over it.

However, a new tussle has now emerged between the policy maker — the Aam Aadmi Party (AAP) government — and the license holders after the government placed a ban on discounts and rebates given by liquor shops, finding the decision arbitrary and against the policy.

To stop overcrowding and long queues outside liquor shops, the Delhi government on February 28 this year had issued an order to all the license holders to stop discounts, rebates and concessions given on the MRP. Recently, when the retail vendors license holders filed a petition against the government, the state counsel said that the discounts lead to a drinking problem in the city.

“It has been brought to notice of the department that as a result of the discounts being offered by the licenses through their retail vends, there are instances reported of large crowds gathering outside liquor shops leading to law and order problems and causing inconvenience to the local population of the area. It is also to be kept in mind that the covid situation is not over yet and danger of the covid still persists and therefore huge crowds are likely to aggravate the rise of covid cases in the city,” the order by Delhi government read.

On March 8, the Delhi High Court on Tuesday dismissed pleas seeking to stay the decision of the Delhi government prohibiting any discount on the MRP of liquor in the city.

Recently, Delhi Lieutenant Governor VK Saxena on Friday recommended a CBI probe into the Delhi Excise Policy 2021-22 over alleged violations of rules and procedural lapses. The LG has found “substantive indications” of “financial quid pro quo” at the “top political level” wherein the excise minister “took and got executed major decisions in violation of the statutory provisions” and notified the Excise Policy that had “huge financial implications”.