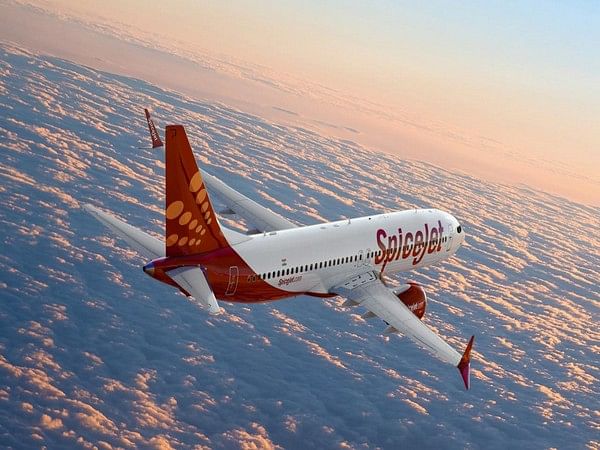 New Delhi [India]: A recovery aircraft was sent to Dubai on Monday after a SpiceJet aircraft could not operate a return flight as it was found to have a nose wheel snag.

The Directorate General of Civil Aviation (DGCA) has ordered a probe into the matter. A senior DGCA official confirmed that on July 11, Spicejet B737 aircraft VT-SZK operated the Mangalore-Dubai flight which was supposed to fly back to India.

“Post landing during a walk-around inspection, the engineer observed nose wheel strut compressed more than normal. On this, the engineer grounded the aircraft,” the official said.

“It may be due to depletion of nitrogen used in the oleo strut or internal seal damage. The exact reason would be ascertained based on the investigation of the Landing Gear strut,” he added.

Speaking on the matter, a SpiceJet spokesperson said that flight SG23 operating from Dubai to Madurai on July 11 was delayed due to a last-minute technical issue.

“An alternate aircraft was arranged immediately which brought passengers back to India. Flight delays can happen with any airline. There has been no incident or a safety scare on this flight,” the spokesperson further said.

After the technical issue was resolved, the first Spicejet aircraft flew back to India as a commercial flight.

SpiceJet has faced a number of malfunction incidents in the last couple of weeks.
The airline received a show-cause notice from the Indian aviation regulator Directorate General of Civil Aviation (DGCA) last week over the failure to establish safe, efficient and reliable air services.