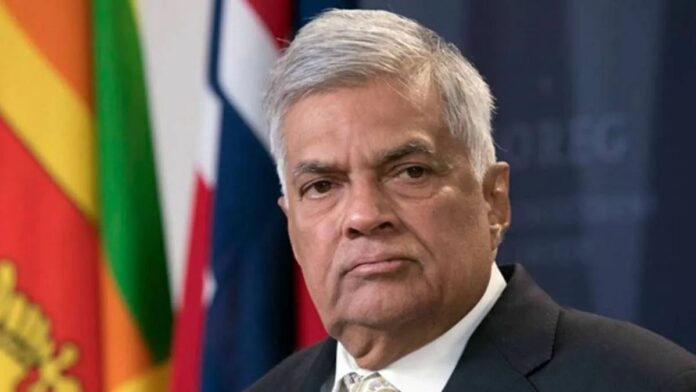 Wickremesinghe was appointed as the acting President by former President Gotabaya Rajapaksa on July 13 after the latter fled to the Maldives due to the massive protest demanding his resignation.

Parliament Speaker Abeywarden said, “Yes, the resignation (of President) has been accepted, the legal process will follow… Members will be invited tomorrow (to elect a President),”

Addressing the presser, Abeywardena said that from July 14, the President has legally resigned from his legal duties and responsibilities.

Abeywardena said that the President will be selected according to the provisions of the Special Provisions Act No. 2 of 1981 and Article 40 of the Constitution.

“It is my intention to complete this procedure successfully and speedily. As the oldest democracy in the South Asian region holding Democratic traditions sacred, completing this process in a transparent and Democratic manner would be a milestone not only in the history of Sri Lanka but also in the Democratic history of the world,” the Speaker added.

Rajapaksa who flew from the Maldives arrived in Singapore on board a Saudia Airlines flight on Thursday evening, media reports said.

Rajapaksa, 73, had gone into hiding after crowds of protesters stormed his residence on July 9 and he had announced that he will hand over his resignation letter on Wednesday.

Earlier, Rajapaksa along with his wife escaped to the Maldives. Subsequently, the speaker appointed Prime Minister Ranil Wickremesinghe as the interim President of Sri Lanka.

Rajapaksa’s resignation comes after thousands of people stormed into the President’s House in Fort on Saturday. Even Prime Minister Ranil Wickremesinghe has also announced to step down from their posts amid the ongoing protests.