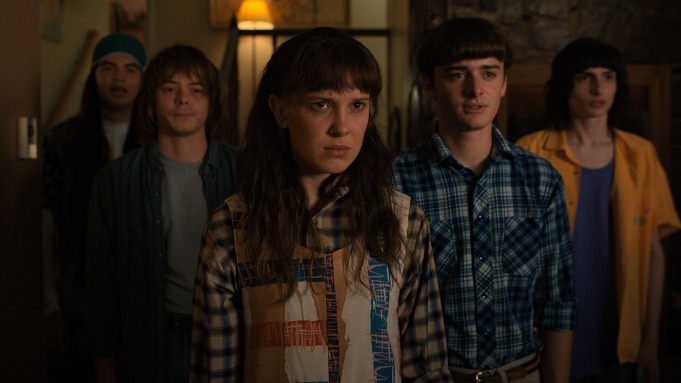 Washington [US]: ‘Stranger Things’ season 4 has entered an elite Netflix club.
According to the streamer’s internal tracking, the show’s global watching reached the billion-hour threshold after the release of the final two episodes of the season on July 1.

It is the first television series in the English language and the second overall to surpass one billion hours of viewing time.

As per The Hollywood Reporter, ‘Stranger Things 4’ now has 1.15 billion hours of viewing time over its first 28 days of release, encompassing both parts of the season.

The first seven episodes garnered 930.32 million hours over the course of their first 28 days, while episodes eight and nine contributed to the 301.28 million hours in total viewing time during the week of June 27 to July 3. (Netflix only counts the watching time of the second set of episodes toward the 28-day total in the event of split seasons, as was the situation with ‘Stranger Things’ and Ozark earlier this year.)

In the first 28 days of release, only Squid Game (1.65 billion hours) had more viewers than all other Netflix originals combined. ‘Stranger Things’ will probably come close to or perhaps surpass the Korean blockbuster given the additional watching opportunities the last two episodes will have with more than three weeks to go.

Even though they were only accessible for three days, the final two episodes, which total over four hours, made up nearly three-quarters (73 per cent) of last week’s ‘Stranger Things’ season four viewing.

The first three seasons continued to stay in the top 10 on Netflix’s English language list, as they have been doing for the last 15 days, as reported by The Hollywood Reporter.

The greatest launch weekend for a Netflix series according to the streaming service’s analytics and the highest weekly watching total in the United States since Nielsen started keeping track of weekly streaming rankings were both broken by season four.