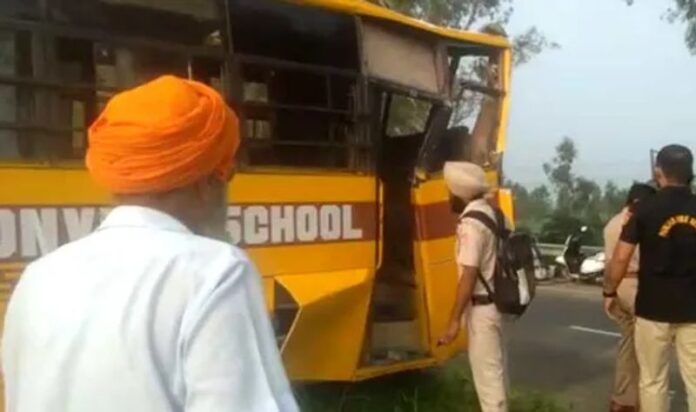 Hoshiarpur (Punjab): One school student died in an accident that occurred after a collision between the St. Paul’s Convent School’s bus and a truck in Dasuha town of Hoshiarpur, on Friday.

One class 9th student lost his life while in transit to the hospital for treatment, said Punjab Police. As many as 13 students were injured during the accident out of which two to three were critically injured.

There was a collision between a school bus carrying 40 students and a truck after which the school bus lost control and hit the divider on the road.

After the accident, the injured students were rushed to the Children’s Civil Hospital in Dasuha for treatment.