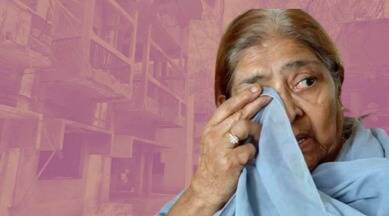 New Delhi [India]: The Congress has said that the Supreme Court judgment in the Zakia Jafri case is deeply disappointing and despite the verdict, some fundamental questions “remain unanswered”.

The Supreme Court had on Friday given clean chit given by the Special Investigation Team (SIT) to then Chief Minister Narendra Modi and several others in 2002 Gujarat riots. In a statement on Monday, Congress general secretary in charge of Communications Jairam Ramesh said the party stands by “our colleague, the late Ehsan Jafri and his family in this hour”.
Posing questions, Jairam Ramesh asked, “what is the constitutional and moral responsibility of the Chief Minister and State Govt in cases of large-scale communal riots?”
“Is the responsibility in such cases, only ever that of the collector and deputy commissioner of police and not of political executive? Will the Chief Minister, Cabinet and State Govt never be held accountable, even if a state is thrown into a circle of violence and riots?” he asked.
Ramesh said what happened to Ehsan Jafri “in a most tragic manner was the result of a fundamental lapse on the part of the state government”.
The Congress leader said that while the Supreme Court has pronounced its judgment, there are questions “that will continue to haunt” Prime Minister who was the then Gujarat Chief Minister.
“Why was PM Vajpayee so affected by his lack of action that he had to publicly remind him to do his duty, to follow his ‘Rajdharma’? What about all the numerous convictions that have been carried out on the basis of the evidence collected by the SIT relating to the Gujarat riots? Can the BJP claim that those also stand invalidated?” he asked.
The Supreme Court on Friday dismissed the plea filed by Zakia Jafri, widow of former Congress MP Ehsan Jafri, challenging the clean chit given by the Special Investigation Team (SIT) to then Chief Minister Narendra Modi and several others in 2002 Gujarat riots.
A bench headed by Justices AM Khanwilkar said that it finds the appeal as devoid of merit.
“After cogitating over the matter, we uphold the decision of the Magistrate in accepting the stated final report dated February 8, 2012, submitted by the SIT, as it is and rejecting the protest petition filed by the appellant. We do not countenance the submission of the appellant regarding infraction of rule of law in the matter of investigation and the approach of the Magistrate and the High Court in dealing with the final report. Accordingly, we hold that this appeal is devoid of merits and resultantly, deserves to be dismissed in the aforementioned terms. We order accordingly,” the bench said in its judgement.
Ehsan Jafri was among 69 people killed during the violence at the Gulberg Society in Ahmedabad on February 28, 2002. Zakia Jafri has challenged the SIT’s clean chit to 64 people including Narendra Modi who was the Gujarat Chief Minister during the riots in the State.