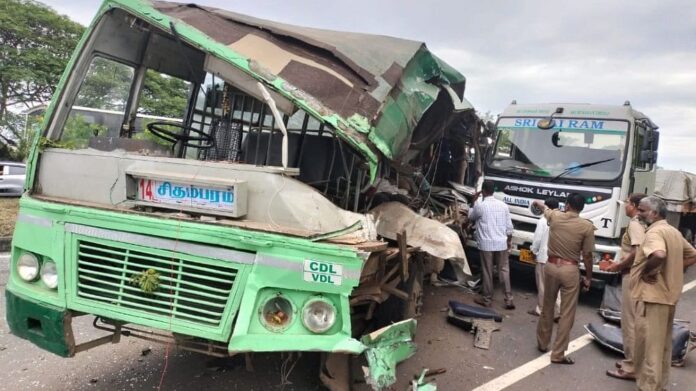 Chengalpattu (Tamil Nadu): At least six people were killed and over 10 injured after a bus allegedly rammed into a stationary lorry in Tamil Nadu’s Chengalpattu on Friday, police said.

According to Chengalpattu district police, the bus was travelling to Chidambaram town from Chennai on the Trichy highway. The injured have been taken to a nearby hospital for treatment.

Police have started to clear the traffic.

The investigation into the matter is going on.