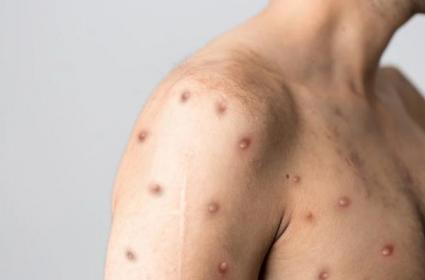 The man is a resident of Indiranagar Colony in Kamareddy district. He has been shifted to Fever Hospital in Hyderabad. The man arrived in Hyderabad from Kuwait on July 6. On the July 20, the man developed a fever and on the July 23 he developed rashes. The very next morning he went to a private hospital in Kamareddy. The doctors there diagnosed the symptoms of monkeypox and referred him to Kamareddy District Hospital.

“A suspect case is being sent to Fever Hospital from Kamareddy. The suspect has the travel history of Kuwait a few days back. He had some legions and fever. So the District Hospital has reffered him to the Fever Hospital for admission and quarantine,” Fever Hospital superintendent Shankar told.

Director of Public Health, Telangana G Srinivasa Rao, said, “From Kamareddy, we are shifting the patient to a fever hospital. Here the sample is collected and sent to the National Institute of Virology Lab in Pune. Until then we will keep him in isolation in the fever hospital and provide treatment. We have identified six people who had direct contact with this person. None of them had any symptoms. However, we isolated them.”

“We are taking all the necessary steps. People need not worry about monkeypox. It is not a fatal disease,” he added.