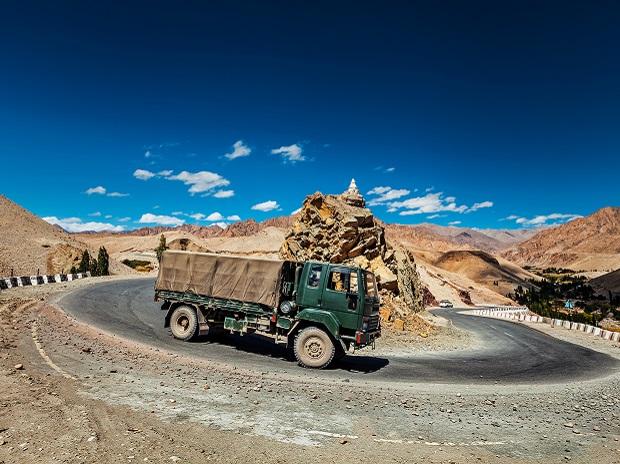 Udhampur (Jammu and Kashmir): The vehicular movement on Jammu-Srinagar National Highway (NH 44) was stopped after the heavy rainfall lashed the Udhampur area of the Union Territory on Saturday.

The India Meteorological Department in Srinagar issued warnings for heavy rainfall in Jammu and Kashmir.

It said that Jammu needs to be prepared as isolated heavy rains, thunderstorms, and lightning in the area can disrupt the traffic, cause landslides, and might result in flash floods, while it also cautioned Kashmir to be aware of the deteriorating weather conditions until the further update.

Overnight heavy rain near the Kahara village of Jammu and Kashmir’s Doda district on Tuesday resulted in floods that damaged the area and destroyed properties including an educational body and the building and grounds of Tourism.

On July 14, heavy rains and flash floods damaged a foot-over bridge in the hilly areas of Rajouri causing much inconvenience to the people, due to which they were forced to cross the rivulet in waist-deep water for commuting.

The heavy rains in Rajouri had also damaged the crops of the local farmers.

A cloudburst that struck the holy cave area of Amarnath on July 8, resulted in a heavy discharge of water in the ‘Nallah’ adjoining the holy cave and claimed 16 lives. In the tragic incident, at least 36 people were also reported missing.

Amarnath Yatra was partially suspended after the said cloudburst incident and was later resumed from the Nunwan Pahalgam side on July 11.

Another cloudburst triggered by the heavy rains blocked the Srinagar-Leh highway on July 5, after flash floods occurred in central Kashmir’s Ganderbal district of Jammu and Kashmir.