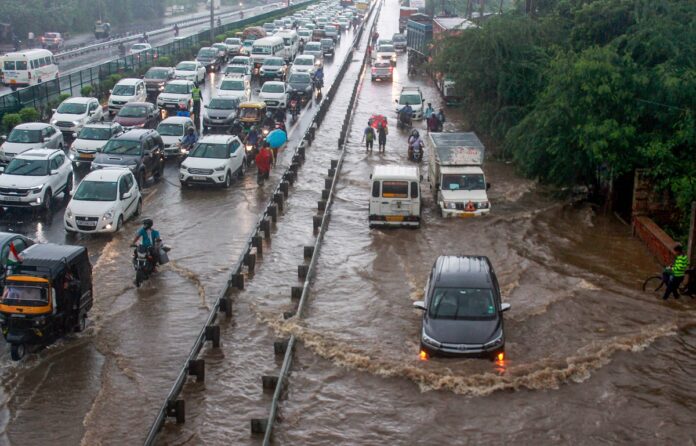 New Delhi [India]: Rains lashed several parts of the national capital and its neighbouring areas on Thursday morning, leading to waterlogging and traffic snarls in parts of the city.

Due to waterlogging, the traffic movement at a few stretches was restricted and people were advised to avoid these routes.

According to Delhi Traffic Police, “Traffic Advisory, Movement of traffic has been restricted at Railway underpass Pul Prahladpur. Both the carriageways are closed due to waterlogging.”

Meanwhile, India Meteorological Department (IMD) predicted, “Southwest Monsoon has advanced into the entire Uttar Pradesh, Himachal Pradesh and Jammu and Kashmir, some parts of Rajasthan, entire Delhi, some parts of Punjab and Haryana today, the June 30.”