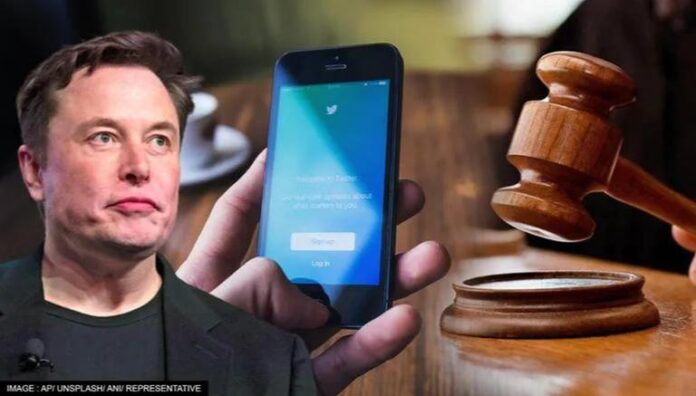 Washington [US]: Twitter will file a lawsuit against American billionaire and entrepreneur Elon Musk to force him to buy the social media company on the agreed terms, Bret Taylor, Twitter’s board chair, said on Saturday.

“The Twitter Board is committed to closing the transaction on the price and terms agreed upon with Mr. Musk and plans to pursue legal action to enforce the merger agreement. We are confident we will prevail in the Delaware Court of Chancery,” Taylor said in a tweet.

Musk announced the termination of a USD 44 billion Twitter purchase deal in a letter sent by Musk’s team to Twitter earlier on Saturday. Musk decided to suspend the deal due to multiple breaches of the purchase agreement. The Tesla CEO’s team strongly believes that the proportion of spam and fake accounts is “wildly higher” than 5 per cent, according to the letter.

“As further described below, Mr Musk is terminating the Merger Agreement because Twitter is in material breach of multiple provisions of that Agreement,” the letter said on Friday. “In short, Twitter has not provided information that Mr Musk has requested for nearly two months notwithstanding his repeated, detailed clarifications intended to simplify Twitter’s identification, collection, and disclosure of the most relevant information sought in Mr Musk’s original requests.”

In April, Musk reached an acquisition agreement with Twitter at USD 54.20 per share in a transaction valued at approximately USD 44 billion. However, Musk put the deal on hold in May to allow his team to review the veracity of Twitter’s claim that less than 5 per cent of accounts on the platform are bots or spam.

Back in June, Musk had openly accused the microblogging website of breaching the merger agreement and threatened to walk away and call off the acquisition of the social media company for not providing the data he has requested on spam and fake accounts.

Musk alleged that Twitter is “actively resisting and thwarting his information rights” as outlined by the deal, CNN reported, citing the letter he sent to Twitter’s head of legal, policy and trust, Vijaya Gadde.

The Tesla CEO demanded that Twitter turn over information about its testing methodologies to support its claims that bots and fake accounts constitute less than 5 per cent of the platform’s active user base, a figure the company has consistently stated for years in boilerplate public disclosures.

Against this backdrop, Twitter’s CEO Parag Agrawal last month stood by his company’s longtime spam metric. “Twitter has and will continue to cooperatively share information with Mr. Musk to consummate the transaction in accordance with the terms of the merger agreement,” the company said in a statement in June.