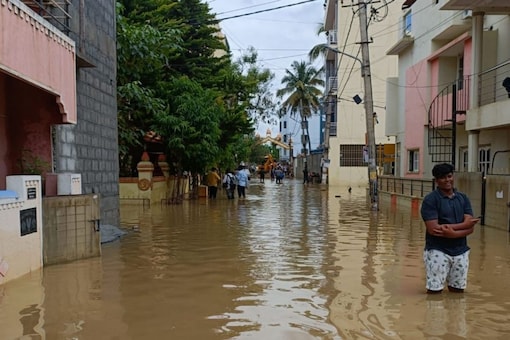 Bengaluru (Karnataka): Two people were killed after heavy rains lashed the north and east zones of Bengaluru, the police said on Sunday.

“A civil engineer from Shimoga who was working in a private company was living in Gayatri layout died while he tried to save his bike which was floating in the rainwater at rajakaluve,” informed Police.

Another 62-year-old lady Muniyamma died at garudacharpalya after a compound wall collapsed on her after heavy rain, added Police.