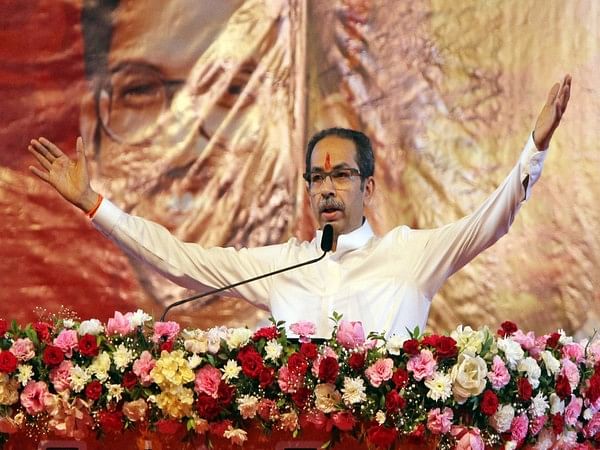 Mumbai (Maharashtra): Amid the political turbulence in Maharashtra, Chief Minister Uddhav Thackeray on Friday said rebel Shiv Sena MLAs who are camping in Guwahati want to “break the party”.

As Eknath Shinde appears to be tightening his grip on Shiv Sena with the number of rebels rising to 38, Thackeray called a meeting of the party’s district chiefs today where he said that he left the Varsha Bungalow but not the “will to fight”.

“I have said it earlier also that I don’t have anything to do with power. The people who used to say that they would rather die than leave Shiv Sena have fled today,” the Shiv Sena chief said during his virtual address at the meeting.

“The rebel MLAs want to break the party. I had never thought in dreams that I would become the chief minister. I have left Varsha Bungalow but not the will to fight,” he added.

Targeting Shinde, Thackeray said that he did everything for the rebel leader and yet a lot of allegations are levelled against him.

Notably, the Chief Minister had vacated the official residence of the CM on Wednesday night and moved to his family residence ‘Matoshree’ along with his family.

“I did everything for Eknath Shinde. I gave him the department which I held. His own son is an MP and comments are being made regarding my son. A lot of allegations are levelled against me,” he said.

“If they have courage, they should go among people without taking Balasaheb & Shiv Sena’s names,” he added.

Thackeray, who underwent a cervical spine surgery last year, said, “I had pain in my neck and head, I was not able to work properly, I could not open my eyes but I did not care about it. Shivaji Maharaj was defeated but people were always with him.”

He also said that the rebel MLAs have taken a very wrong step and said that the MVA government will complete the rest of the remaining years of the five-year tenure in office.

“We will win on the Floor of the House, we won’t give up. They (MLAs) have taken a very wrong step. We also gave them a chance to return to Mumbai. Now, we challenge them to come to Mumbai,” he said.

The Shiv Sena leader also challenged the leaders to fight face to face.

“All leaders of NCP, Congress and Shiv Sena are in touch with each other,” he added.

Raut also warned Ekanth Shinde-led rebel MLAs and said that if needed ‘Shiv Sena workers will come on the roads.