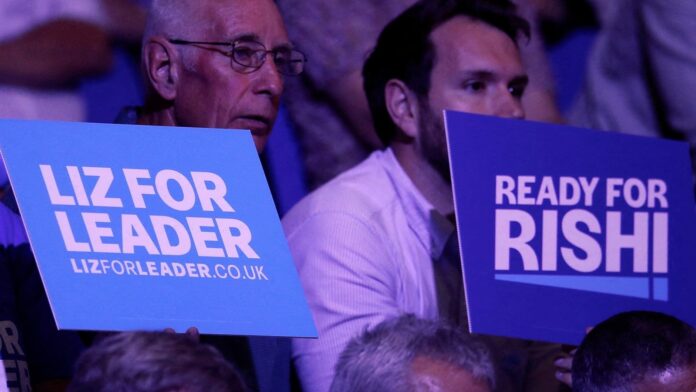 London [UK]: The voting for the next Prime minister election was delayed after Government Communications Headquarters (GCHQ) warned that cyber hackers could alter the people’s ballot, according to various media reports.

The postal ballots were due to be sent out from Monday to the around 160,000 Tory members but members have now been warned they could arrive as late as Aug 11.

Earlier, the Conservative Party members were going to be given a postal ballot which had a code with it, and they could select their preferred PM between Liz Truss and Rishi Sunak by post or online but the advice of the National Cyber Security Centre changed their plan.

A UK-based publication referring to an email on Tuesday evening said, “Your ballot is now on the way – but it will arrive with you a little later than we originally said.

“Please do not worry. This is because we have taken some time to add some additional security to our ballot process, which has delayed us slightly,” it adds.

Under the first online voting system, cyber hackers would possibly amend a large number of ballots online near the end of the contest.

Additionally, there was a chance that someone who completed a postal vote and put a picture of their ballot online could be vulnerable to it being changed if there was a visible code on it.

Truss and Sunak, both contenders have to undergo bouts of 12 nationwide events as the first bout took place in Leeds, Northern England as the members elect a new leader. The result will be announced on Sept 5.

According to Smarkets, British Foreign Secretary Liz Truss is leading the race to replace Boris Johnson as UK’s next PM by 90.91 per cent whereas Rishi Sunak’s chance of becoming the next UK PM has shrunk to 9.09 per cent.

Sunak’s support shrunk as his party members believed that Sunak has stabbed Boris Johnson in the back.

Tory members who back Truss and want her to build the cabinet include Jacob Rees-Mogg, Nadine Dorries and Boris Johnson.

On the other hand, Tory members who support Sunak include Tom Tugendhat, Michael Gove, Sajid Javid and Jeremy Hunt, according to the latest YouGov survey.

Notably, Truss and Sunak who are fighting for the UK Prime Minister post have gone head-to-head in a debate in their first official grilling in the presence of conservative party members in Leeds on Thursday.

Former Chancellor Sunak faced a tough evening during the hustings for his lifestyle and dishonesty towards PM Boris Johnson whereas Truss had a fairly good time as she was backed by maximum support for the Prime Ministerial candidature.

Earlier, the YouGov survey also revealed that Truss extended her lead over Rishi Sunak as she gained 24 points. Now, the two had finally announced their summer campaign, a new YouGov poll of Tory members suggests that Truss retains her strong advantage.

Rishi Sunak and Liz Truss traded blows at each other over economic policy, and foreign relations in the first-ever TV debate on July 25. The candidates reportedly clashed over Britain’s future ties with China after cutting ties with Russia.

The second Tory leadership debate between Rishi Sunak and Liz Truss, however, got cancelled on Tuesday (local time) after presenter Kate McCann fainted and collapsed live on air.

The leadership race was triggered after Johnson was forced to step down on July 7 amid an avalanche of resignations of government officials, who protested against his scandal-plagued leadership. Johnson will continue to serve as caretaker prime minister until a new Tory leader succeeds him.