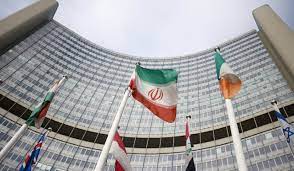 Tehran [Iran]: The UK Foreign Office has denied reports that the deputy head of the United Kingdom’s mission in Iran was arrested on charges of espionage, Sky News reported.

“Reports of the arrest of a British diplomat in Iran are completely false,” the Foreign Office said in a statement. Earlier, media reports had said Giles Whitaker, deputy head of mission at the UK Embassy in Tehran, was among foreigners detained by Iran’s Revolutionary Guards for alleged acts of espionage.

The Jerusalem Post reported the Islamic Revolutionary Guards Corps (IRGC) detained these diplomats on claims of spying and taking samples of soil from a prohibited area during a missile exercise.

According to the report, IRGC released video footage claiming to show Whitaker near a site where the Iranian forces were conducting missile exercises. The report said the deputy ambassador has since apologized and been expelled, the report added.

The Post said that one of the suspects detained by the IRGC had entered the country as part of scientific exchange with a university. The IRGC also claimed that the suspect sampled soil in some areas.

It claimed that diplomats are often used to look for military sites and identify equipment and munitions. The report also stated that the diplomats were being used to build a new case concerning the “military aspects of Iran’s file in the International Atomic Energy Agency (IAEA).”

Currently, talks are taking place between Iran and the world powers to attempt to return to the Joint Comprehensive Plan of Action (JCPOA) nuclear deal that remains stalled. Iran signed the JCPOA with world powers in July 2015, agreeing to curb its nuclear program in return for the removal of sanctions on the country.

However, former US President Donald Trump pulled Washington out of the agreement in May 2018 and reimposed unilateral sanctions on Iran, prompting the latter to drop some of its commitments under the pact.

The US has complained that Iran has brought new demands unrelated to the JCPOA deal to the table. Whereas Iranian officials have complained that the US is not willing to lift sanctions before a return to the deal.

Ali Shamkhani, secretary of Iran’s Supreme National Security Council (SNSC), said Wednesday that the “oppressive” US sanctions against Iran should be lifted in such a way that all countries can easily invest in Iran while maintaining their long-term interests.