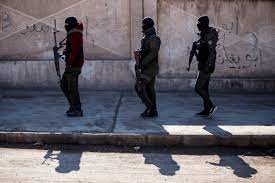 Washington [US]: The United States conducted a drone strike Tuesday that killed the Islamic State’s (IS) leader in Syria, the US Central Command (CENTCOM) said in a statement.

Maher al-Agal, one of the top five ISIS leaders and the extremist group’s leader in Syria, was killed in the strike outside Jindayris, northwest Syria, according to CENTCOM. The other target of the strike, a senior IS official who is closely associated with Al-Agal, was seriously injured, the statement said, adding an initial review indicated the operation caused no civilian casualties.

In addition to being a senior leader within the group, Al-Agal was responsible for aggressively pursuing the development of IS networks outside of Iraq and Syria, the statement said.

“This strike reaffirms CENTCOM’s steadfast commitment to the region and the enduring defeat of ISIS,” said Joe Buccino, a CENTCOM spokesperson, using a different abbreviation for the extremist group’s name. “The removal of these ISIS leaders will disrupt the terrorist organization’s ability to further the plot and carry out global attacks.”

The killing of Al-Agal dealt another blow to IS, following a series of detrimental events against it in the past several months.

A top IS leader in Syria, who was also an experienced bomb-maker, was captured and detained after a raid by the US-led coalition in June, according to the US military.

An operation in February by US special forces in northwest Syria resulted in the death of the top leader of IS, Abu Ibrahim al-Hashimi al-Qurayshi.