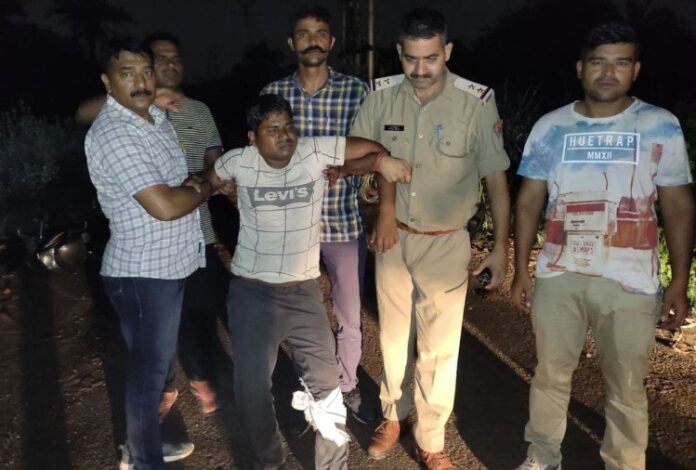 Ghaziabad (Uttar Pradesh): An encounter broke out between miscreants and police in Ghaziabad on Sunday night.

The incident occurred in Muradnagar area of Ghaziabad where some miscreants attempted to flee during police checking.

According to Akash Patel, Assistant Superintendent of Police, Ghaziabad, while chasing, the miscreants fired at the police. The police team also retaliated in defence. During the exchange of fire, one of the miscreants sustained an injury while the other fled.

The injured has been shifted to a hospital.

Police recovered an illegal gun, a motorcycle without a number plate and some other equipment from the injured person.

Police have registered a case and the investigation is underway.
The search is on for the absconding accused.