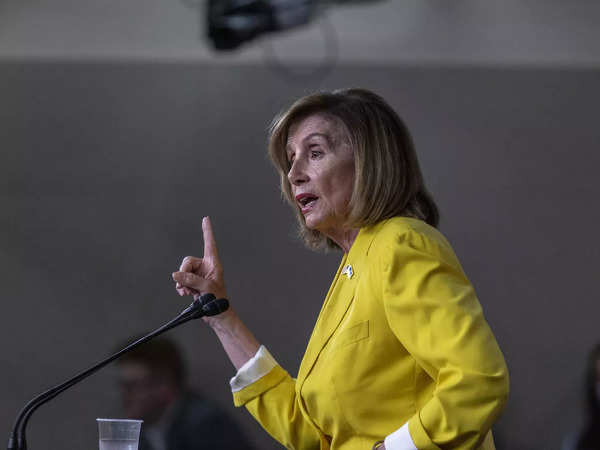 Beijing [China]: China on Tuesday warned the US that it should give up the attempt to play the “Taiwan card” and abide by the One-China principle and three Joint Communiques, shortly after US Representative Nancy Pelosi arrived in Taiwan on the day.

The Chinese Ministry claimed that the US is using “Taiwan to control China” and warned that it should, “Stop interfering in Taiwan affairs and in China’s internal affairs, stop supporting and condoning “Taiwan independence” separatist forces in various forms, and stop talking and acting on the Taiwan issue,” an official statement issued by the Chinese Foreign Ministry said. “Stop distorting and hollowing out the one-China principle, abide by the one-China principle and the provisions of the three Sino-US joint communique with practical actions… don’t make mistakes. And go further and further down the dangerous road,” the statement added.

Beijing said that Pelosi’s visit gravely undermines peace and stability across the Taiwan Strait and sends a seriously wrong signal to the “separatist forces for Taiwan independence” and if the US insists on pursuing the wrong path, it will assume full responsibility for all serious consequences arising thereof.

“China will take all necessary measures to resolutely defend national sovereignty and territorial integrity in response to the US House Speaker’s visit to Taiwan, China, and the US and the “Taiwan independence” separatist f

Foreign Ministry Spokesperson, Hua Chunying called the US, the biggest danger to world peace and said, “The US has reneged on its commitment on the Taiwan question. This is contemptible and will only further bankrupt the US’s credibility as a country. Certain US politicians care about nothing but selfish gains and openly play with fire on the Taiwan question.”

Pelosi’s plane landed in Taiwan on Tuesday on the highest level US visit in more than two decades.

She arrived in Taipei as part of a Congressional delegation’s tour of the Indo-Pacific region in the face of the China threat. Minutes after her aircraft landed in Taipei, the Chinese People’s Liberation Army (PLA) announced that it would hold six live-fire military drills in waters around Taiwan, scheduled to take place from Thursday to Sunday.

Shortly after the US speaker landed, she reaffirmed her country’s unwavering commitment to supporting Taiwan’s democracy and said this trip in no way contradicts a longstanding United States policy on the self-governed island.

“Our discussions with Taiwan leadership will focus on reaffirming our support for our partner and on promoting our shared interests, including advancing a free and open Indo-Pacific region,” she added.

The US House Speaker, who is second in line to the Oval Office after the US vice-president also expressed US solidarity with 23 million people of Taiwan in the face of the increasing threat from China. “Our visit is one of several Congressional delegations to Taiwan – and it in no way contradicts longstanding United States policy, guided by the Taiwan Relations Act of 1979, US-China Joint Communiques and the Six Assurances. The United States continues to oppose unilateral efforts to change the status quo,” she added.