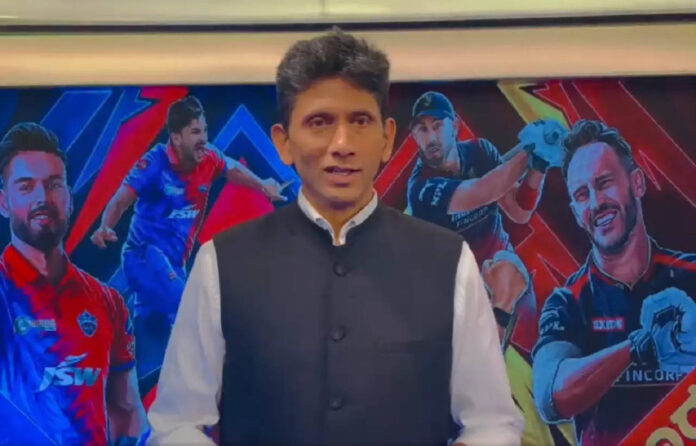 New Delhi [India]: Former Indian pacer Venkatesh Prasad took a dig at selectors for resting out-of-form players, calling for action for the larger good of the sport in the country.

This comes after the announcement of the Indian squad for the ODI series against West Indies on July 6. Virat Kohli, wicketkeeper-batter Rishabh Pant, pacer Jasprit Bumrah, and batter Rohit Sharma are among the senior players who have been rested from the ODIs. Notably, star batters Virat Kohli and Rohit Sharma are not in a good form for a while.

“There was a time when you were out of form, you would be dropped irrespective of reputation. Sourav, Sehwag, Yuvraj, Zaheer, Bhajji all have been dropped when not in form.

They have went back to domestic cricket, scored runs and staged a comeback. The yardsticks seem to have..,” said Prasad in a tweet.

“Changed drastically now, where there is rest for being out of form. This is no way for progress. There is so much talent in the country and cannot play on reputation. One of India’s greatest match-winner, Anil Kumble sat out on so many occasions, need action’s for the larger good,” added Prasad in another tweet.

Virat Kohli could manage scores of only 11 and 20 in fifth and final Test against Edgbaston and continued his bad performances in T20Is, where he could score only 12 runs in two innings.

Kohli has not fared very well in Blue this year either, scoring only 142 runs with two fifties in six ODI innings and 81 runs across 4 T20I innings with one fifty.

On the other side, Rohit could manage only 66 runs in three innings in the recently concluded T20I series against England. Also, he had a poor IPL 2022, in which he could only score 268 runs in 14 games at a sub-par average of 19.14. He could not manage even a single half-century in the tournament, with the best score of 48.

The Indian skipper has managed only 182 runs in 9 innings in T20Is and 78 runs in three innings in ODIs this year, with only one half-century across formats.

After being rested for the three-match ODI series, Rohit Sharma, Virat Kohli, wicketkeeper Rishabh Pant and some other senior players are likely to play in the five-match T20I series against West Indies.

Team India will be squaring off against the West Indies for a three-match ODI series and five-match T20I series, from July 22. Currently, the Men in Blue are facing England in the multi-format series, with the last match to be played on July 17.