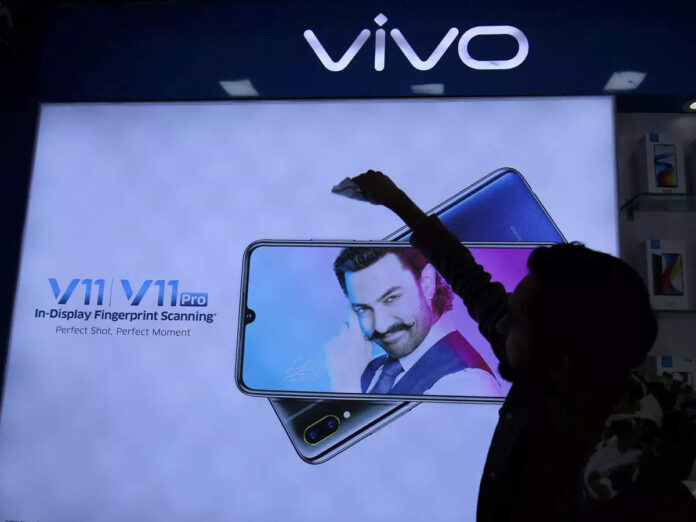 New Delhi [India]: The Enforcement Directorate has told the Delhi High Court that the investigation has been carried out against Vivo India strictly in accordance with the provisions of PMLA and the offence relates to money laundering which is a heinous economic offence.

The financial probe agency, in an affidavit filed in Delhi High Court, opposed the petition filed by the Chinese smartphone manufacturer and said the commercial engagements of the petitioner and its reputation and goodwill are not a relevant consideration during the investigation into the offence of money laundering by the respondent. The affidavit further stated that the employees of Vivo India, including some Chinese nationals, did not cooperate with the search proceedings and “had tried to abscond, remove and hide digital devices which were retrieved by the search teams”.

The ED told the court that due process of law has been followed while freezing the bank accounts of the petitioner and it cannot be said to be violative of Article 21.

It said Article 19(1)(g) is a freedom granted in respect of a lawful trade, occupation and business and not in respect of a business conducted based on fraud and misrepresentation of identity.

The Delhi High court had recently allowed Vivo Mobile to operate the bank accounts subject to furnishing a bank guarantee of Rs 950 crore. VIVO has challenged the freezing of their bank accounts by the Enforcement Directorate (ED). The court has directed the ED to file a reply on the petition. The matter has been listed on July 28 for further hearing.

The court had allowed Vivo to operate its bank account on furnishing a bank guarantee of Rs 950 crore and to maintain the balance of Rs 251 crore already lying therein.

Besides the company was asked to detail remittances to ED. The court also said that the bank guarantee will be deposited within seven working days. In the meantime, the ED will file its reply.

Senior advocate, who Siddharth Agrawal appeared for Vivo India, submitted that the bank accounts of the company have been “freezed and all the transactions and flow of funds have been freezed”.

The petitioner, he said, is not able to operate the business and that no company can operate without a bank account.

He submitted that nine bank accounts have been frozen and payment of dues and custom duties are paid from these accounts.

These accounts have to be “defreezed for continued supply of oxygen to operate and capabilities to run the business,” he further submitted.

ED’s counsel submitted that “the proceeds of crime” have been disclosed but nature is still hidden. The true nature is to be discovered.

Advocate Zohaib Hossain for ED argued that the suspected amount is Rs 1200 crore and only 251 crore has been debit frozen. He also said Rs1200 crore was paid to the petitioner by GPICPL and its former director is fleeing.

“We are ready to give weekly or daily details of transactions. Allow me to breathe, no organization can operate without a bank account,” Agrawal submitted.

“There is a liability,” he said, adding that freezing its accounts would lead to company’s “civil death”.

Vivo India counsel had submitted that “grave injustice will be caused to the company and will negatively impact on the reputation and business operations of the company”.

It said if amounts in the petitioner’s bank accounts remain frozen, it would not be able to pay its statutory dues to the competent authorities under various enactments, leading to the petitioner being in further violation of law.

“The freezing also prevents the payment of salaries to the thousands of employees of the petitioner,” the plea said.

According to the ED, Vivo India’s nearly 23 associated firms such as Grand Prospect International Communication Pvt Ltd (GPICPL) transferred huge amounts and out of the total sale proceeds of Rs 1,25,185 crore, it remitted almost 50 per cent of the turnover out of India, mainly to China.

“These companies are found to have transferred huge amounts of funds to Vivo India. Further, out of the total sale proceeds of Rs 1,25,185 crores, Vivo India remitted Rs 62,476 crore almost 50 per cent of the turnover out of India, mainly to China,” ED said in a statement.

The ED in its statement revealed the information after it carried out searches at 48 locations spanning the country belonging to Vivo Mobiles India Private Limited and its 23 associated companies such as GPICPL.

It further said GPICPL was registered on December 3, 2014, at the Registrar of Companies, Shimla, with registered addresses of Solan in Himachal Pradesh and Gandhi Nagar, Jammu.
The company was incorporated by Zhengshen Ou, Bin Lou and Zhang Jie with the help of Nitin Garg, a Chartered Accountant.

“Bin Lou left India on April 26, 2018. Zhengshen Ou and Zhang Jie left India in 2021.”
PMLA Investigation by ED was initiated by recording an Enforcement Case Information Report (ECIR) on February 3 this year on the basis of a First Information Report (FIR) registered by Kalkaji Police Station under Delhi Police on December 5 last year against GPICPL and its Director, shareholders and certifying professionals on the basis of a complaint filed by Ministry of Corporate Affairs.

As per the FIR, GPICPL and its shareholders had used forged identification documents and falsified addresses at the time of incorporation.