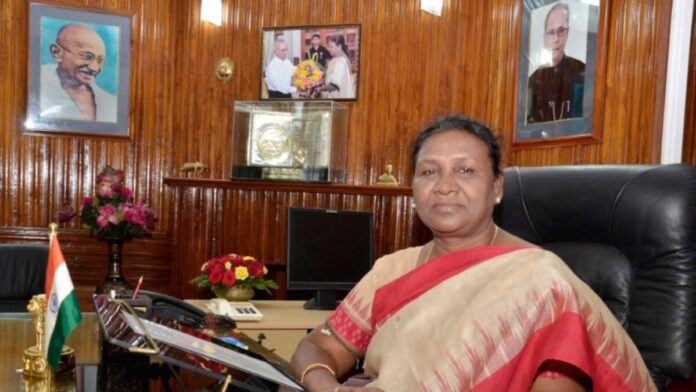 New Delhi [India]: Voting to elect the 15th President of India will be held on Monday as the tenure of Ram Nath Kovind will end on July 24. National Democratic Alliance’s (NDA) presidential candidate Droupadi Murmu and joint opposition nominee Yashwant Sinha are the two contesting candidates for election to the Office of the President.

A total of 4,809 electors will vote in the Presidential elections today.

Murmu is a former Governor of Jharkhand and a former Odisha minister. If elected, she will be the first tribal President of India and the country’s second female President.

Meanwhile, Sinha resigned from TMC before he was nominated as the Opposition’s candidate for the presidential poll.

The nominated members of either Rajya Sabha and Lok Sabha or Legislative Assemblies of the States are not eligible to be included in the Electoral College and therefore, they are not entitled to participate in the election.

Similarly, members of the Legislative Councils are also not electors for the Presidential election.

The value of votes of the elected members of State Legislative Assemblies and both Houses of Parliament is governed by Article 55(2) of the Constitution.