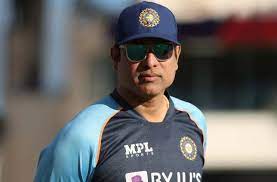 Dubai [United Arab Emirates]: Board of Control for Cricket in India on Wednesday named VVS Laxman as the interim head coach for Team India (Senior Men) for the upcoming ACC Asia Cup 2022 to be played in the UAE.

VVS Laxman, who travelled with the Indian team that played the ODI series in Zimbabwe will oversee the team’s preparation in the absence of Rahul Dravid, who tested positive for COVID-19 before the team’s departure to the UAE. “Dravid will join the team once he tests negative and is cleared by the BCCI Medical Team,” BCCI said in a release on Wednesday.

Rahul Dravid tested positive for COVID-19 in a routine test conducted ahead of the team’s departure to the UAE for the T20I tournament.

Dravid is under the supervision of the BCCI Medical team and has mild symptoms.
Asia Cup 2022 will be played in UAE, starting from August 27 through September 11.
The six teams are divided into two groups with India, Pakistan and a qualifying team in Group A. Sri Lanka, Bangladesh and Afghanistan are in Group B.

Each team plays the other once in the group stage with the top two teams from each group advancing to the Super 4 round. The top 2 teams from Super 4 will qualify for the final.
India is the defending champion, having won the 2018 edition of the tournament and its seventh title. It is the most successful team in the tournament’s history.