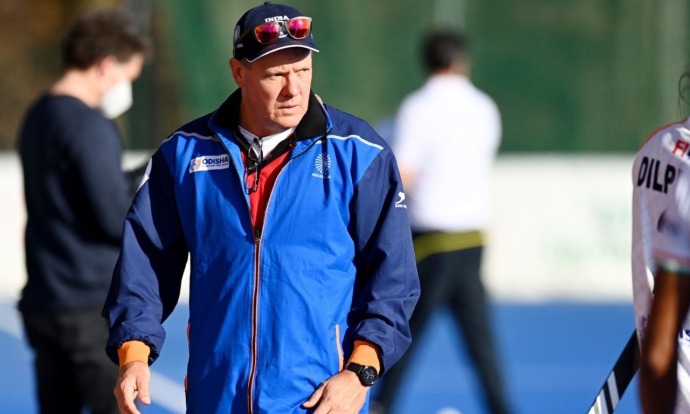 Birmingham [UK]: Indian Men’s Hockey Team Captain Manpreet Singh and Chief Coach Graham Reid said on Wednesday that they are not burdened by the expectations of the fans as they prepare for their tournament opener against Ghana on Sunday.

The national side reached Birmingham on Saturday, July 23, for the 12th edition of the Commonwealth Games (CWG) and ever since their arrival they have been training vigorously as they aim for a podium finish in the major event.

“Of course, we cannot do much about the external expectation, but we can do something about our own expectations and that is what we do as it keeps the pressure on us but it is in a good way because we are the ones that can control that.”

Meanwhile, Manpreet Singh, who is set to make his 300th appearance for India in the CWG tournament opener against Ghana said, “I am really glad to have played 299 games for India. I am excited about it but my focus at the moment is on the game against Ghana and the team and I am not that concerned about the personal milestone.”

“Yes, we know that fans have expectations from us that we will win a medal here. We discussed the same before arriving here that if our focus is on winning a medal, we will eventually be victorious in our efforts but we need to work on it first. We want to do our best in every single game, we are not going to take any team lightly and yes our final goal is to win a medal here.”

Indian Team will open their campaign against Ghana on Saturday, July 31 2022 at 2030 hrs IST. The match between India and Ghana will be telecasted on Sony Ten 3, Sony Six and on the Sony LIV OTT platform.