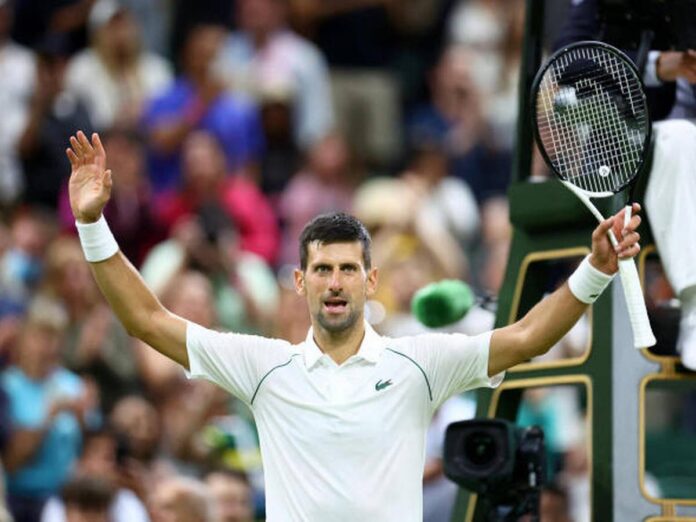 London [UK]: The six-time champion Novak Djokovic made a promising comeback from two sets down to beat Italy’s Jannik Sinner in the quarter-finals of the ongoing Wimbledon on Tuesday.

The Serbian, the No 1 seed, entered his 11th semi-final of Wimbledon after defeating Jannik Sinner 5-7 2-6 6-3 6-2 6-2, at the centre court. With this win, the 35-year-old has extended an unbeaten run at Wimbledon to a total of 26 matches. Djokovic was two sets down before he made a promising comeback from the third set to enter the semis. He will now be facing the British No.9 seed, Cameron Norrie, who also won his men’s singles quarter-finals.