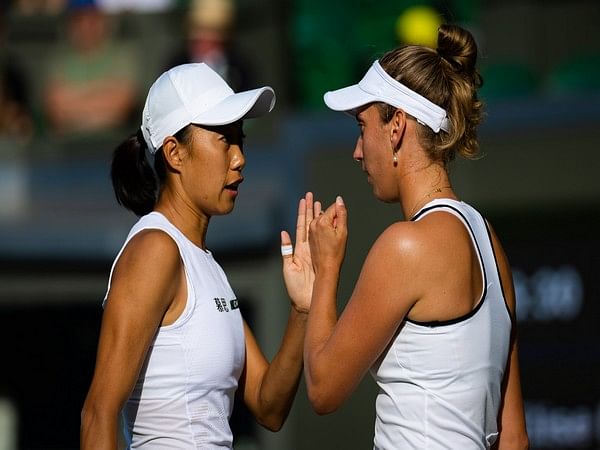 Playing just their third tournament together as a team, Zhang and Mertens needed one hour and 42 minutes to successfully fend off a comeback by the Americans 6-2, 3-6, 6-3.

Mertens and Zhang had not dropped a set all week and started the semifinal off blisteringly as well, advancing to a 4-0 lead. Zhang’s volleys were clear, and Mertens saw perfect serves to come back from 0-30 down in the last game of the opening set, closing out the one-set lead with an ace.

But from a set and a break down, Collins and Krawczyk took the second set, taking control at the net and breaking Mertens for 5-3 en route to parity.

However, Mertens and Zhang took control at the end of the third set, using sublime contact to victory in extended points and damage Krawczyk in a long 4-3 game. Mertens shot solid volleys in the summit game on the way to match point, where Collins sent a return wide.

The seedings expected the final perfectly this fortnight, as Mertens and Zhang will now take on No.2 seeds Barbora Krejcikova and Katerina Siniakova for the Wimbledon Women’s Doubles title.

In the earlier semifinal on Centre Court, Krejcikova and Siniakova cruised past No.4 seeds Lyudmyla Kichenok and Jelena Ostapenko 6-2, 6-2.