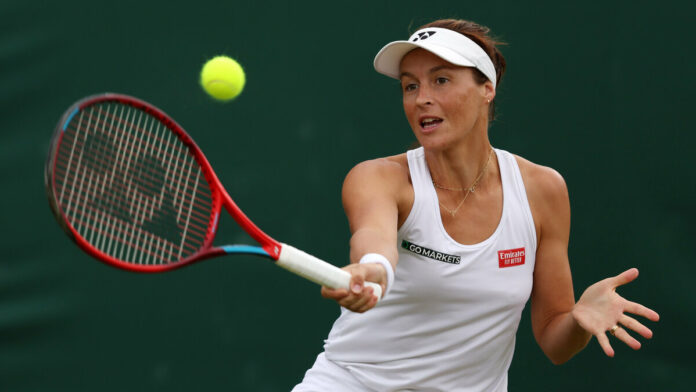 London [UK]: Germany’s Tatjana Maria continued her winning streak at Wimbledon after she claimed victory in the quarter-finals of the women’s singles on Tuesday.

Playing at Court 1, the No 103-ranked overcame compatriot Jule Niemeier 4-6, 6-2, 7-5 in a 2-hour, 18-minute Wimbledon quarterfinal thriller. Maria, who trailed by a break in both second and third sets, is contesting her 46th Grand Slam (including qualifying). Prior to this fortnight, she had never passed the third round in any of them. The 34-year-old becomes the eighth player born in 1987 to reach the last four of a major. The first was 17-year-old Maria Sharapova at Wimbledon 2004.

She will be squaring off against No 3 seed Ons Jabeur in the semi-final, who also won her quarter-finals clash on Tuesday.