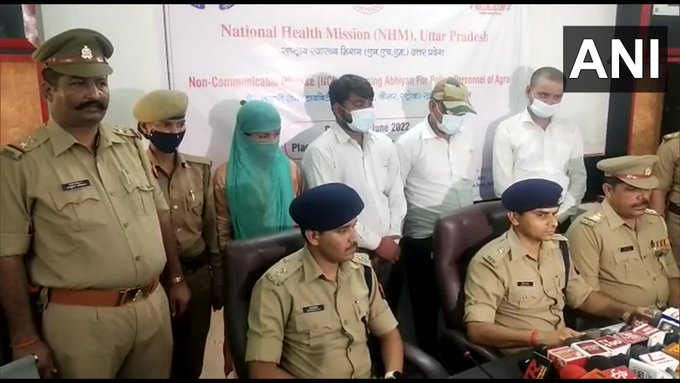 Agra (Uttar Pradesh): A woman and three lawyers were arrested by police in Uttar Pradesh’s Agra for allegedly extorting money by registering a fake rape case against a man.

According to Agra Superintendent of Police (SP) Vikas Kumar, the case was registered on June 26.

“A woman and three lawyers were arrested for extorting money after registering a fake rape case in Agra. The case was registered on June 26. During the investigation, we found evidence that showed it’s not a rape case but a case of extortion,” the police official said.

Lawyers from both sides (victim and accused) were found involved in extorting money (from the accused).

“A case of registering a fake case and extortion was registered and the woman complainant and three lawyers were arrested along with cash of Rs 3.75 lakh,” Agra Superintendent of Police said.

During interrogation, the names of two other lawyers, including a woman lawyer, also surfaced as co-accused.

“Search for them is underway. We are further investigating the matter,” the police official said.