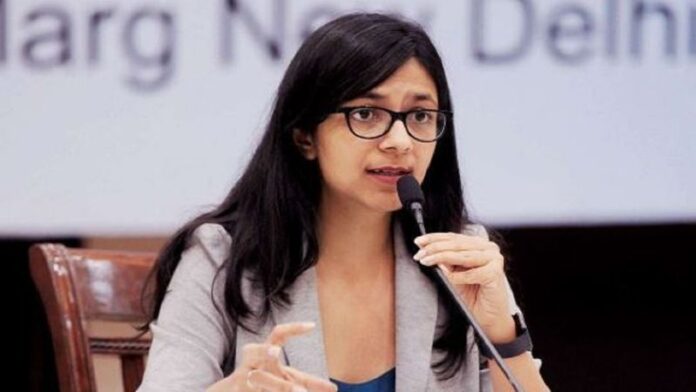 New Delhi [India]: On the occasion of Raksha Bandhan, Delhi Commission for Women chairperson Swati Maliwal sent a letter along with a sacred thread, Rakhi, to External Affairs Minister S Jaishankar urging him to ensure justice for an Indian-origin woman Mandeep Kaur who died by suicide in New York.

On Rakshabandhan, a letter has been written to the External Affairs Minister @DrSjaishankar ji to get justice for sister Mandeep along with Rakhi. It has also demanded to ensure the safety of Indian women living abroad,” she tweeted in Hindi today.

Kaur, who was allegedly tortured by her husband, died by suicide on August 3 after she posted an online video in which she spoke about years of traumatic domestic abuse by her husband Ranjotveer Singh Sandhu.

The distressing video went viral and sparked massive outrage across India and abroad.
Moreover, Shiv Sena Member of Parliament Priyanka Chaturvedi on Wednesday also wrote to the Foriegn Minister demanding the creation of an institutional mechanism to deal with domestic abuse abroad following the tragic suicide of an Indian-origin woman.

“In my letter to MEA and WCD highlighted the recent suicide of Mandeep Kaur in NYC due to continued domestic violence and abuse by the husband. From 2017-19, Indian Missions have received over 3955 complaints from married women of Indian citizenship of domestic violence and harassment,” she had tweeted.

Prior to that, AAP Member of Parliament Raghav Chadha had met Jaishankar and handed over a representation to demand justice for the Indian woman.

“I urge your good offices to ensure that the perpetrators are brought to justice and her family’s demands regarding bringing her body back to India are met immediately,” he stated in the letter on Monday.

The Indian consulate in New York City expressed grief over her demise.

“We are deeply saddened by the death of Mandeep Kaur in Queens, New York under most tragic circumstances. We are in touch with the US authorities at the Federal and local levels as well as the community. We stand ready to render all assistance,” it had tweeted.

Before ending her life, Kaur released a heart-rending video, narrating the excruciatingly painful details of the torture she faced at the hands of her husband following which a massive storm took over social media.