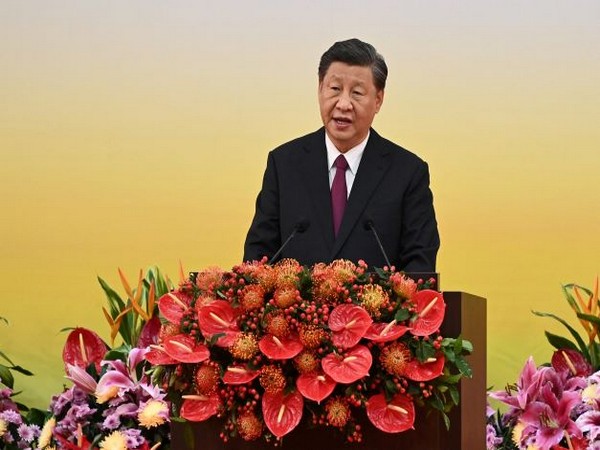 Xinjiang [China]: Chinese President Xi Jinping visited Xinjiang this week for the first time since 2014, stressing upholding the principle of developing Islam in the Chinese context.

Xi, on what was described as an “inspection tour” from Tuesday to Friday, said that enhanced efforts should be made to uphold the principle that Islam in China must be Chinese in orientation, reported Xinhua.

“We must train a team of Party and government officials who are adept at the Marxist view on religion, familiar with religious affairs and competent to engage in related work, foster a group of religious figures who are politically reliable, have noble characters and religious accomplishments and can play their role at critical times, and foster a group of religious researchers who have a firm political stand and good academic achievements, stick to the Marxist view on religion and be good at innovation. We must ensure that reasonable demands of religious believers be met and rally them around the Party and the government,” Xi said.

Xi stressed that the fundamental task of education is to foster virtue.

He urged the university to uphold the socialist direction of education and nurture a new generation of capable young people with moral grounding, intellectual ability, physical vigor, aesthetic sensibility and work skills for the socialist cause.

He also expected students of the university to strive for a future of socialism with Chinese characteristics and the Chinese nation.

Xi stressed that with the country opening wider to the world, the western region being further developed, and the Belt and Road Initiative being materialised, adding, “Xinjiang has changed from a relatively closed inland region to a frontier of opening up.”

Xi’s government is widely accused of oppressing predominantly Muslim ethnic minorities – Uyghurs showed no signs of backing off policies that have come under harsh criticism from the US and many European countries.

Xi stressed efforts to resolutely implement the CPC Central Committee’s decisions, and fully and faithfully carry out the plans and the policies of the CPC for the governance of Xinjiang in the new era, reported Xinhua.

“Our ethnic theories and policies are sound and effective. We should stay committed to the correct and Chinese way to address ethnic issues, continue to enrich and develop the Party’s ethnic theories for the new era, advancing research on the fundamental issues concerning the community for the Chinese nation,” said the Chinese President.

Under his leadership, authorities have carried out a sweeping crackdown on Xinjiang’s Uyghur and Kazakh communities following an outburst of deadly separatist violence.

While no exact figure has been released, analysts say hundreds of thousands and likely a million or more people have been detained over time, reported ABC News.

Meanwhile, critics have described the crackdown that placed thousands in prison-like indoctrination camps as cultural genocide.

The US and others have placed officials responsible under visa bans for their part in extra-legal detentions, separation of families and incarceration of people for studying abroad or having foreign contacts.

The US has blocked some imports of cotton and other products from the region over reports of forced labor.