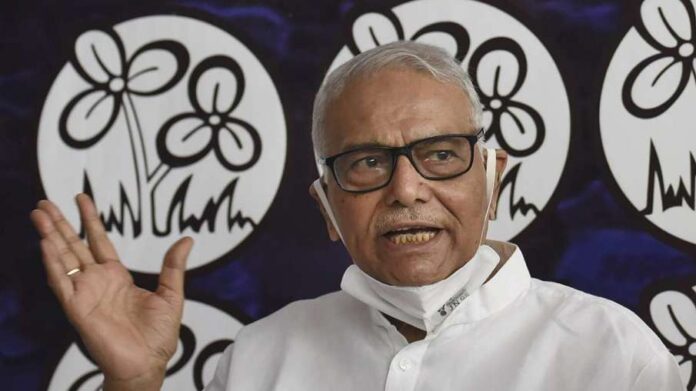 Taking to Twitter, KTR wrote, “President of @trspartyonline Sri KCR Garu has decided to extend support to the candidature of Sri @YashwantSinha Ji in the election for President of India Along with our Members of Parliament, I will be representing the TRS at the nomination today.”

Earlier on Friday, Yashwant promised to raise his voice for farmers, workers, unemployed youth, women, and all marginalised sections of society if he won the election.

In a letter to Opposition parties on Friday, Yashwant thanked them for choosing him unanimously as their common presidential candidate and assured them that he will conscientiously uphold, without fear or favour, the basic values and guiding ideals of the Constitution.

“I am overwhelmed with feelings of gratitude towards you and leaders of all the Opposition parties for choosing me unanimously as your common candidate to contest the Presidential Election, to be held on July 18, 2022. I thank you for the trust and confidence they have reposed in me. I assure you — and the People of India — that, if elected, I shall conscientiously uphold, without fear or favour, the basic values and guiding ideals of the Indian Constitution. In particular, as the Custodian of the Constitution, I shall not allow the light of democracy and secularism to be dimmed by the executive,” Yashwant said in a letter.

On June 21, Sinha was named as the common candidate of the Opposition for the Presidential elections.

Congress leader Jairam Ramesh had made the announcement of his name as the presidential candidate of the opposition during a meeting.

The announcement comes shortly after Yashwant hinted that he has accepted the proposal made by a section of Opposition leaders to make him their presidential candidate.

Yashwant, who had quit the Bharatiya Janata Party in 2018, joined the TMC last year. He was later appointed as the party’s vice-president.

NDA presidential candidate Draupadi Murmu filed her nomination for the election on June 24.

The election for the office of the President of India is scheduled for July 18 and the counting of votes, if needed, will be done on July 21.