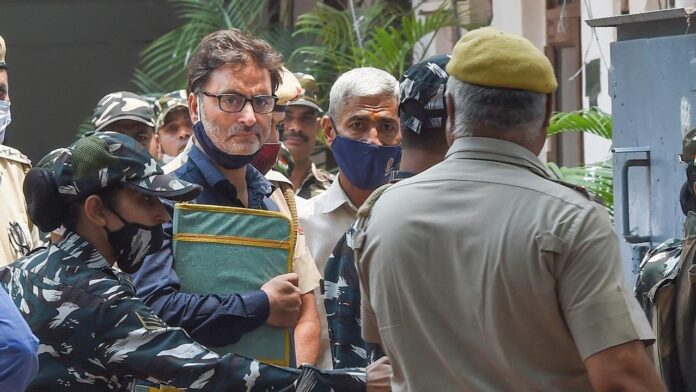 Malik, who is lodged in jail number 7 of the Tihar prison has alleged that his case is not being investigated properly as he commenced his hunger strike on July 22.

Malik, who was arrested shortly after the JKLF was banned in 2019 was on May 19 this year convicted by an NIA court in terror funding cases and sentenced to life imprisonment on May 25. The NIA court while sentencing Malik to life term also imposed on him a fine of Rs 10 lakh. He told the court that he did not contest the charges brought against him.

On July 15 this year, Rubaiya Sayeed, the sister of Peoples Democratic Party (PDP) president Mehbooba Mufti and daughter of former Jammu and Kashmir Chief Minister Mufti Mohammad Sayeed identified Malik in connection with her kidnapping by JKLF militants on December 8, 1989.

Rubaiya was abducted in Srinagar on December 8, 1989 and freed from captivity after five days on December 13 after the then V P Singh government at the Centre, released five terrorists in exchange.

Malik is an accused in this case along with others.

The 56-year-old separatist leader has requested to physically appear when a court in Jammu hears the case on August 23.

Apart from the Rubaiya Sayeed abduction case, Malik is also facing charges in the case of the gunning down of four Indian Air Force (IAF) officials in January 1990 in Srinagar.

Malik has moved an application with the central government asking for personal appearance in this case too.