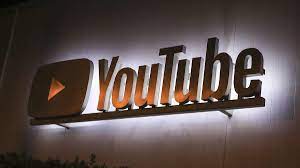 Washington [US]: YouTube on Thursday (local time) said that it will start removing videos containing false claims about abortion in a crackdown on misinformation about the medical procedure.

The move comes as women seek reliable pregnancy-related information online in the wake of the right to abortions being revoked in many areas across the United States. “We believe it’s important to connect people to content from authoritative sources regarding health topics, and we continuously review our policies and products as real-world events unfold,” YouTube spokesperson Elena Hernandez said in a statement cited by CNN.

“Starting today and ramping up over the next few weeks, we will remove content that provides instructions for unsafe abortion methods or promotes false claims about abortion safety under our medical misinformation policies,” it stated further.

According to CNN, the policy update comes amid widespread attention to abortion, and the accessibility of the procedure, after the Supreme Court last month overturned Roe v Wade Medical experts have warned that bad actors may try to capitalize on the confusion and emotional upset caused by various states limiting access to abortion in order to spread false claims about the procedure.

Toxicologists have also raised concerns about dangerous “DIY” abortion methods that have been shared on social media, as per CNN.

Recently, TikTok began removing abortion-related videos that violate its policy against medical misinformation, including those that share potentially dangerous advice about how to self-induce an abortion.

Google (GOOGL GOOGLE), which owns YouTube, has come under a unique amount of scrutiny from lawmakers and privacy advocates for the wide range of data it collects on users, which could be used by law enforcement to enforce anti-abortion laws.

Earlier this month, the company said it would delete location data when users visit abortion clinics. Lawmakers have also urged Google to prevent searches for abortion clinics from returning misleading results and ads that direct users to facilities that oppose the procedure, as per CNN.