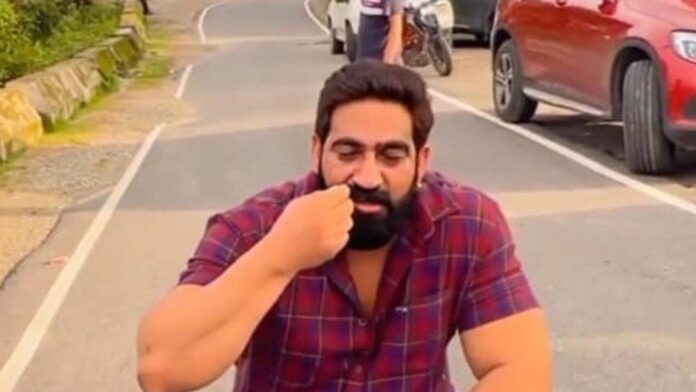 Dehradun (Uttarakhand): YouTuber Bobby Kataria is soon to be arrested by Uttarakhand Police for drinking alcohol and threatening the police while sitting on a chair and stopping traffic in the middle of the road in the state capital Dehradun.

A case was registered under sections 342, 336, 290 and 510 of the Indian Penal Code (IPC) and 67 IT Act. Cantt Police Station in the capital city has obtained a non-bailable warrant against Kataria from the District Court.

SHO Rajendra Singh Rawat on Thursday said the police obtained a non-bailable warrant against the accused.

He said that teams of Cantt Police are being sent to Haryana and its other locations for his arrest.

Kataria was in the news after he was allegedly found to be smoking inside a SpiceJet flight that surfaced on the internet.

The airline later said that the action was taken as the passenger was put on a no-flying list by the airline for 15 days in February 2022.

However, the accused social media influencer Balvinder Kataria alias Bobby Kataria claimed that it was a dummy plane and it was a part of his shooting in Dubai.

“The video in which I was seen smoking is not a normal aeroplane, it was a dummy plane and that was a part of my shooting in Dubai. Taking lighter inside the plane is not allowed,” said Kataria.

In the video, Kataria was seen lying down on the aircraft seat and lighting a cigarette and taking a couple of puffs.

In a statement SpiceJet said, the matter had been investigated thoroughly in January 2022 when the video was brought to our notice and a complaint had been filed by the airline with the Udyog Vihar police station in Gurugram.

The matter came to the airline’s notice on January 24, 2022, through social media posts.

Defending himself, Kataria said that the video in question is an old video shot in Dubai.

“The video in which I was seen smoking is not a normal airplane, it was a dummy plane and that was a part of my shooting in Dubai. I want to ask everyone; how can a lighter make its way into an airplane? It would be detected by a scanner. A cigarette still one can carry, but not a lighter. It was shot in 2019 or 2020,” Kataria had said.