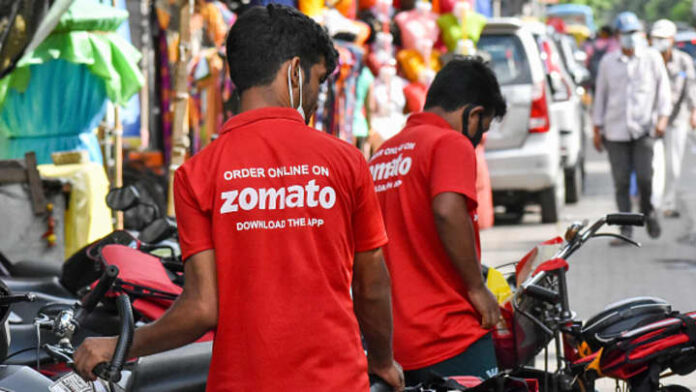 The lock-in period refers to that period for which investments cannot be sold or redeemed. At 11.11 a.m., the shares of the listed company traded at Rs 47.45, down 11.6 per cent from the previous close. Its intraday low was Rs 46.

Listed on July 23, 2021, the food aggregator’s initial public offering was a success as it was subscribed 38.25 times.

It made a stellar debut at a premium of 53 per cent. At present, the share price of Zomato is, however, around 70 per cent from its peak of Rs 169.

Even though the company reported healthy gains on its listings on the stock exchanges in July last year, it could not capitalise on it further.

“Zomato Ltd. has witnessed a significant underperformance since its listing and has fallen a whopping 71 per cent from its all-time high price. The company has been shunned by the investors post the beginning of the rate hike cycle by the central banks globally and the huge sell-off in the tech sector,” said Punit Patni, Equity Research Analyst, Swastika Investmart.

Further, the company will take significant time to show profitability and the current market sentiments are punishing startups that are growing without showing profits.

“Therefore, we are averse to Zomato Ltd. despite its strong position in the online food service platforms and the current correction,” said Patni

Recently, the food aggregator company Zomato’s Board of Directors approved a proposal to acquire the cash-strapped quick commerce company Blinkit for Rs 4,447 crore. Blinkit was earlier known as Grofers.

It believes the acquisition will help increase Zomato’s hyperlocal delivery fleet utilisation and reduce the cost of delivery.

Similar to Zomato, several others too have witnessed sizeable gains on their exchange debut in the past one year, but later underperform and fall sharply from their all-time highs.

Analysts believe that these companies lacked systematic direction and well-planned focus, while others attributed the slump to an extremely high valuation.

WazirX Episode Has Exposed Darker Side Of Crypto